President Recep Tayyip Erdogan said Turkey had every right to test its equipment. “They were tested, they’re being tested,” he announced.

“America’s stance is absolutely not binding for us,” he said. “We aren’t going to ask America.”

Washington has strongly objected to NATO member Turkey’s acquisition of the Russian anti-aircraft system and suspended Turkey from its F-35 fighter jet program, saying the S-400s are a threat to the stealth fighter jets and wouldn’t be interoperable with NATO systems.

It has also warned Ankara that it risks U.S. sanctions under the Countering America’s Adversaries Through Sanctions Act if the S-400 system is activated.

Ankara insists it was forced to purchase the Russian system after Washington refused to sell it the U.S. Patriot system. It also argues that it’s Ankara’s sovereign right to buy the system it wants.

Russia delivered the Russian defense system last year. Turkey had initially said the S-400 would be operational in April, but it has since delayed activating the system. Turkish media reported last week the military test-fired the Russian S-400 air defense system in the Black Sea province of Sinop.

“This means that the gentlemen are disturbed especially because this is a weapon belonging to Russia,” Erdogan said. “We are determined, we will continue on our path.” 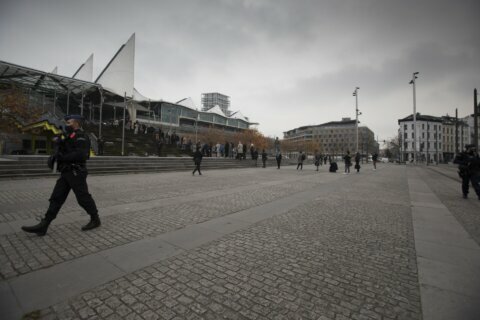