KYIV, Ukraine (AP) — Over 360 more people have been detained in Belarus during protests against the country’s authoritarian president, who was unexpectedly sworn in to his sixth term in office after an election the opposition says was rigged.

Thousands of Belarusians took to the streets of the capital of Minsk and other cities on Wednesday evening to protest President Alexander Lukashenko’s morning inauguration, which took place without advance public notice.

Anti-government rallies continued Thursday morning despite the previous night’s crackdown. Hundreds of people in Minsk formed human chains of solidarity in different parts of the city and obstructed vehicle traffic by driving slowly or stopping altogether, honking in protest.

Lukashenko’s inauguration before an audience of government officials, lawmakers and other dignitaries hadn’t been announced in advance and came as a surprise for many after nearly seven weeks of mass protests against his disputed reelection.

Many European officials refused to recognize Lukashenko as the country’s legitimate president. Opposition leaders dismissed the ceremony as “a farce.”

The opposition’s Coordination Council, which several leading activists formed to push for a transition of power, said Thursday that “the secret inauguration of Alexander Lukashenko brought thousands of peaceful citizens onto the streets of our country’s cities.”

Lukashenko on Thursday argued that the inauguration wasn’t prepared in secret and bristled at Western criticism.

“You know, about 2,000 people, together with the military, were invited to the inauguration. It is practically impossible to keep it secret,” he was quoted by the state news agency Belta as saying.

“You know, we didn’t ask anyone to recognize or not recognize our election, the legitimacy of the newly elected president … the important thing is that it’s in accordance with the Constitution,” Lukashenko said.

Lukashenko, a 66-year-old former state farm director, has run Belarus, an ex-Soviet nation of 9.5 million, with an iron fist for 26 years. Official results of the country’s Aug. 9 presidential election had given him 80% of the vote, with his strongest opponent, Sviatlana Tsikhanouskaya, getting 10% support. But both opposition members and some poll workers say the vote was rigged.

Tsikhanouskaya has not accepted the outcome of the election as valid, and neither have the thousands of her supporters who have been demanding Lukashenko’s resignation at daily rallies all over the country for nearly seven weeks in a row.

The United States and the European Union condemned the election as neither free nor fair and criticized the violent police crackdown on post-election protests in Belarus. The EU has been pondering sanctions against the Belarusian leadership, but failed to agree on imposing them this week.

Anti-Lukashenko protests have rocked the country daily since the election, with the largest rallies in Minsk attracting up to 200,000 people. In the first days of protests, police used tear gas, truncheons and rubber bullets to disperse crowds. Several protesters died, many were injured and nearly 7,000 were detained.

Amid international outrage over the violent suppression of the protests, Belarusian authorities switched to prosecuting top activists. Many members of the Coordination Council have been arrested or forced to leave the country.

The response to street demonstrators intensified again this week, with police detaining hundreds and injuring many.

The country’s prosecutor general, Andrei Shved, threatened protesters Thursday with “significant” fines and said authorities were seeking to adopt stricter punishments for parents “who are involving children in protest actions.”

Prosecutors in Minsk have already handed 140 warnings to families that took children to anti-government rallies.

Follow AP’s coverage of the anti-government protests in Belarus at https://apnews.com/hub/belarus 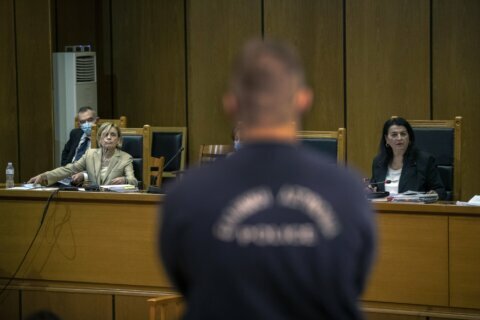 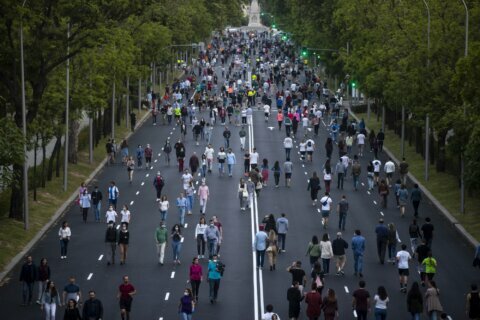