Northern Ireland’s Public Prosecution Service upheld an earlier decision not to prosecute 15 soldiers investigated over Bloody Sunday, one of the deadliest days in Northern Ireland’s decades of violence. Thirteen people died and 15 were injured when British paratroopers opened fire in the city, also known as Derry.

One former British soldier was charged last year in the killing of two of the protesters and the injury of four others.

Marianne O’Kane, the service’s senior assistant director, said she had reviewed the cases and concluded “that the available evidence is insufficient to provide a reasonable prospect of conviction of any of the 15 soldiers who were the subjects of the reviews.”

The relatives of some victims said they would launch a legal appeal.

“We’re not giving up yet, we have now the next stage, the judicial review at the High Court,” said John Kelly, whose brother Michael was killed on Bloody Sunday. “It’s been a long road, up to nearly 50 years. We’re all getting old, a lot of people are dying, but as long as we’re able to walk, we’ll go after them and we certainly will not stop until we see justice for our loved ones.”

A 12-year inquiry into Bloody Sunday found in 2010 that the British soldiers had opened fire without justification at unarmed, fleeing civilians and then lied about it for decades. Those findings refuted an initial investigation that took place soon after the slayings that said the soldiers had been defending themselves against Irish Republican Army bombers and gunmen.

British soldiers committed more than 300 of the nearly 3,700 slayings during four decades of Northern Ireland strife, but rarely have been charged with murder. The British government plans contentious legislation to make it harder to prosecute military veterans for alleged offenses committed years earlier. 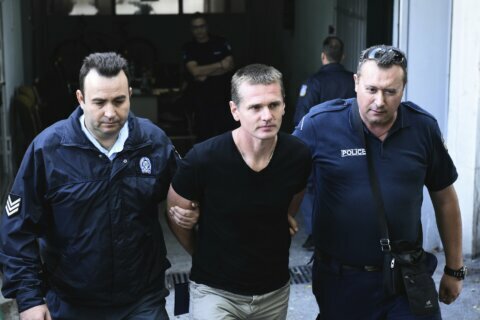