Man charged over stabbings in English city of Birmingham

LONDON (AP) — A 27-year-old man appeared in court via videolink Wednesday to face charges of murder and seven counts of attempted murder after a series of stabbings in the central England city of Birmingham.

Zephaniah McLeod spoke to confirm his personal details during his five-minute court appearance. He was remanded to appear at the city’s Crown Court on Thursday, again via videolink, because of coronavirus safety measures.

He was charged late Tuesday, a day after he was arrested in connection with a string of stabbings in a busy nightlife district early Sunday.

Police declared a major incident after a 23-year-old man was killed and seven other people were stabbed during a rampage in the city center that spanned some 90 minutes.

Two of the victims remain in critical condition, with one, a 22-year-old woman, now critical but stable. A 30-year-old man remains hospitalized in serious condition, while four others have been discharged.

Local police have faced criticism of their response to the attacks, notably how the assailant was able to wander the city for 1 1/2 hours. The victims appeared to have been chosen at random. 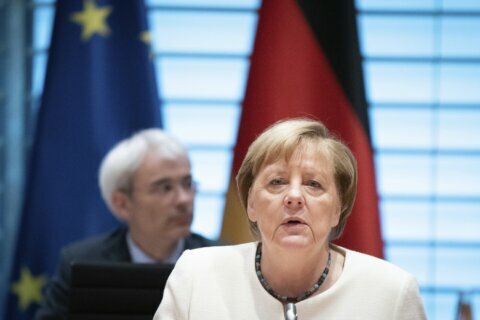