ATHENS, Greece (AP) — Greece’s government spokesman says more than 200 people have tested positive for the coronavirus among thousands of asylum-seekers admitted to a new camp on the island of Lesbos after the old one burned down.

Speaking during a regular briefing Monday, Stelios Petsas said 7,064 people who entered the new camp at Kara Tepe had been tested, and 243 of them were found positive.

The average age of those confirmed positive was 24, and most were asymptomatic, Petsas said. A further 160 people, mainly police and administrative staff who had come into contact with the migrants, were tested and all were negative for the virus.

More than 12,000 asylum-seekers were left homeless nearly two weeks ago after fires on two successive nights destroyed the notoriously overcrowded Moria camp. Greek authorities have said the fires were deliberately set by a small group of Afghans angered by lockdown and isolation orders imposed after 35 people in the camp tested positive for COVID-19.

The migrants spent several nights sleeping rough by the side of a road in makeshift shelters, and held at least two protests, attended by thousands, to demand to be allowed to leave the island.

Authorities have constructed a new facility consisting of family tents erected on an old shooting range in a coastal area of the island. They launched a campaign over the weekend to persuade those who had been sleeping rough to go to the new camp, and thousands have complied.

But others are still sleeping rough in fields and in an olive grove outside the remnants of Moria. Authorities were expected to attempt to have them move into the new camp over the coming days.

Nationwide, Greece has been experiencing a resurgence of the virus, with the number of new daily cases often topping 300, and both deaths and the number of those in intensive care units rising.

Greece has had just over 15,000 confirmed positive cases and 338 deaths in this country of nearly 11 million people. 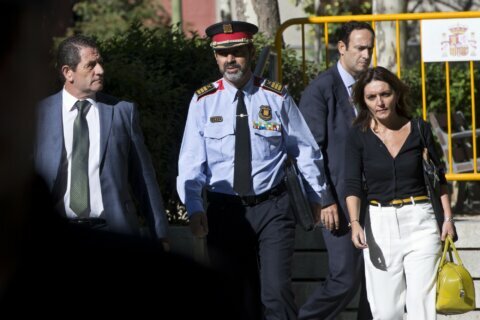 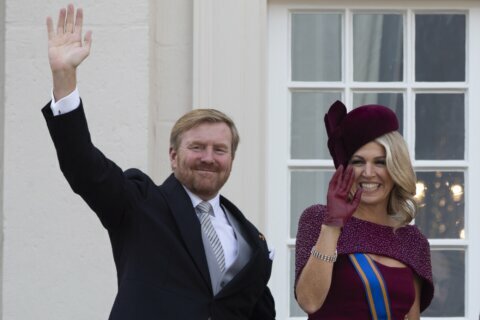