BERLIN (AP) — Russian opposition leader Alexei Navalny is able to breathe on his own and briefly leave his hospital bed, his doctors said Monday, while Germany announced that French and Swedish labs have confirmed its findings that he was poisoned with the Soviet-era nerve agent Novichok.

Navalny, 44, was flown to Berlin for treatment at the Charite hospital two days after falling ill on a domestic flight in Russia on Aug. 20. Germany has demanded that Russia investigate the case, while Moscow has accused the West of trying to smear Russia.

Navalny has “successfully been removed from mechanical ventilation” and is able to leave his bed “for short periods of time,” the hospital said.

Although noting the improvement in Navalny’s health, the statement didn’t address the long-term outlook for the anti-corruption campaigner and most prominent opponent of Russian President Vladimir Putin. Doctors previously cautioned that even though Navalny is recovering, long-term health problems from the poisoning cannot be ruled out.

The Kremlin has bristled at calls from German Chancellor Angela Merkel and other leaders to answer questions about the poisoning, denying any official involvement.

The news about Navalny’s condition came as his associates made some gains in regional elections held across Russia on Sunday.

In Novosibirsk, which Navalny visited before falling ill, the head of his regional headquarters, Sergei Boiko, won a seat on the city council. United Russia, the main Kremlin party that Navalny has dubbed a “party of crooks and thieves,” lost its majority on the council, according to preliminary returns. Another Navalny representative, Ksenia Fadeyeva, won a city council seat in Tomsk, the city he left on the flight on which he fell ill.

The German government said tests by labs in France and Sweden backed up findings by a German military lab that Navalny was poisoned with Novichok, the same class of Soviet-era agent that Britain said was used on former Russian spy Sergei Skripal and his daughter in Salisbury, England, in 2018.

The Hague-based Organization for the Prohibition of Chemical Weapons also is taking steps to have samples from Navalny tested at its designated labs, German government spokesman Steffen Seibert said.

He said Germany had asked France and Sweden for an independent examination of the findings. German officials said labs in both countries, as well as the OPCW, took new samples from Navalny.

“In efforts separate from the OPCW examinations, which are still ongoing, three laboratories have meanwhile independently of one another presented proof that Mr. Navalny’s poisoning was caused by a nerve agent from the Novichok group,” Seibert said.

“We once again call on Russia to make a statement on the incident,” he added. “We are closely consulting with our European partners regarding possible next steps.”

Seibert wouldn’t identify the French and Swedish labs. But the head of the Swedish Defence Research Agency, Asa Scott, told Swedish news agency TT: “We can confirm that we see the same results as the German laboratory, that is, that there is no doubt that it is about these substances.”

He confirmed France reached the same conclusions as its European partners on the poisoning, the statement said.

The Kremlin said Putin in the call “underlined the impropriety of unfounded accusations against the Russian side” and emphasized Russia’s demand for Germany to hand over analyses and samples. Putin also called for joint work by German and Russian doctors.

Russian Foreign Minister Sergey Lavrov accused the West of using the incident as a pretext to introduce new sanctions against Moscow. He said Navalny’s life was saved by the pilots of the plane who quickly landed in the Siberian city of Omsk when he collapsed on board and by the rapid action of doctors there.

“The perfect action of pilots, ambulance crew and doctors is being presented as a ‘happy coincidence,’” in the West, he told RTVI television in an interview broadcast Monday.

“They dare to question the professionalism of our doctors, our investigators,” he said. “Arrogance and a sense of one’s own infallibility have been seen in Europe before, and the consequences were very sad.”

Lavrov, who has canceled a scheduled trip Tuesday to Berlin, said Russian authorities have conducted a preliminary inquiry and documented the meetings Navalny had before falling ill, but he emphasized they need to see the evidence of his poisoning to launch a full criminal investigation.

“We have our own laws, whereby we cannot believe someone’s say-so to open a criminal case,” he said, adding that “for now, we have no legal grounds” for such a probe.

Berlin has rejected suggestions from Moscow that it is dragging its heels on sharing evidence.

With Germany’s findings corroborated by labs abroad, “we do not expect the bringer of the bad news — namely us — to be attacked further, but rather that they should deal with the news itself,” German Foreign Minister Heiko Maas said of Russian authorities.

Asked why no samples from Navalny have been given to Russia, German Foreign Ministry spokeswoman Maria Adebahr replied that “Mr. Navalny was in Russian treatment in a hospital for 48 hours.”

Russian doctors who treated Navalny in Omsk said no evidence of poisoning could be found, adding he was too unstable to be transferred. A German charity sent a medical evacuation plane to bring him to Berlin, which it did after German doctors said he was stable enough to be moved.

“There are samples from Mr. Navalny on the Russian side,” Adebahr said. “The Russian side is called on, even after three independent labs have established the result, to explain itself, and Russia has … all the information and all the samples it needs for an analysis.”

Navalny was kept in an induced coma for more than a week as he was treated with an antidote before hospital officials said a week ago that his condition had improved enough for him to be brought out of it. 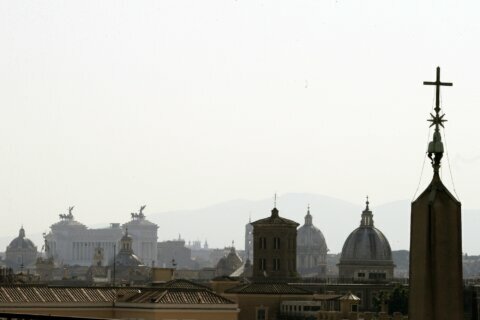 Pope seeks to ‘liberate’ Virgin Mary from the Mafia 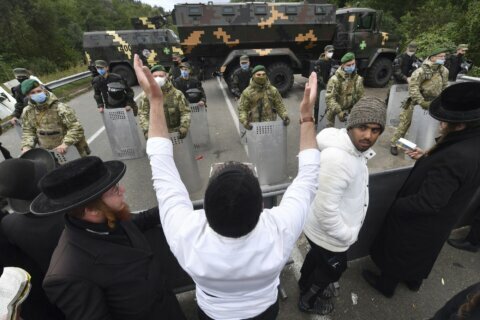 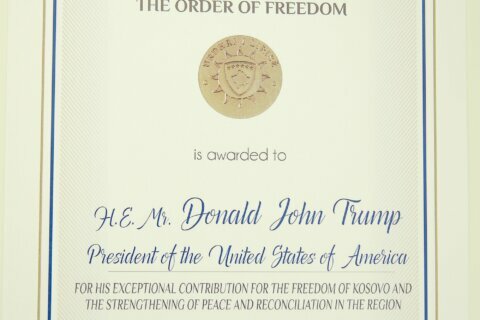