FRANKFURT, Germany (AP) — The economy of the 19 countries that use the euro shrank by 11.8% in the second quarter, the biggest decline on record and slightly less than originally reported, according to updated figures.

The second quarter, running from April through the end of June, was marked by the most severe of the lockdowns aimed at containing the spread of the coronavirus across Europe. The toughest restrictions on gatherings, travel and businesses such as bars and restaurants came in April and have since been gradually eased. The plunge in economic output was the deepest since figures started being compiled in 1995.

Governments have deployed large-scale tax breaks and payroll support measures that will swell deficits but have helped cushion some of the worst effects of the pandemic. Nonetheless the economy isn’t expected to reach pre-virus levels until 2022 at the earliest, say many economists. 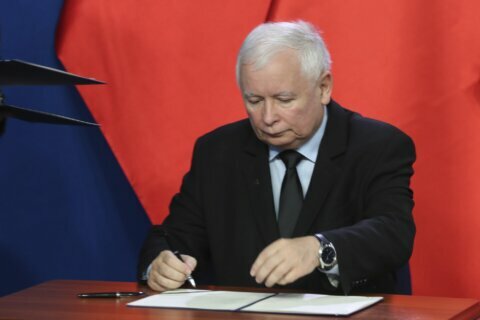