BRUSSELS (AP) — The European Union’s top official proposed a more ambitious target Wednesday for cutting greenhouse gas emissions in Europe, setting a reduction goal of at least 55% by 2030 compared to the current target of 40%.

European Commission President Ursula von der Leyen predicted the new target will be “too much for some and not enough for others,” but she told lawmakers in her first State of the Union address that it should help the 27-nation EU achieve climate neutrality by 2050.

“Our economy and industry can manage this, and they want it, too,” von der Leyen said as she set out her priorities while speaking in the European Parliament.

EU leaders agreed last year to make the bloc’s economy carbon-neutral by the middle of the century.

Von der Leyen said she wants 37% of the 750 billion-euro coronavirus recovery fund approved by EU countries to be spent on environmental objectives, adding that 30% of the fund should be raised through “green” bonds whose proceeds are meant to have a positive impact on the environment.

The EU also plans to dedicate a quarter of its budget to tackling climate change and to work to shift 1 trillion euros ($1.1 trillion) in investment toward making the EU’s economy more environmentally friendly over the next 10 years.

According to the EU, its greenhouse gas emissions already decreased by 23% between 1990 and 2018, qa period when the economy grew by 61%.

World leaders agreed five years ago in Paris to keep global warming below 2 degrees Celsius (3.6 degrees Fahrenheit), ideally no more than 1.5 degrees C (2.7 F) by the end of the century. Scientists say countries will miss both of those goals by a wide margin unless drastic steps are taken to begin cutting greenhouse gas emissions.

Von der Leyen also confirmed the EU is working on a kind of carbon tax aimed at avoiding a situation in which EU countries reduce emissions, but at the same time import goods embedded with CO2.

“Carbon must have its price because nature cannot pay this price anymore,” she said.

While endorsing the idea of a “carbon border adjustment mechanism,” at EU borders, Green members of the European Parliament said the proposed 55% cut to emissions was not enough, pushing for a 65% reduction.

“Droughts & global fires show that we need more effort to limit #GlobalWarming,” the Greens group wrote in a message posted on Twitter.

Environment organization Friends of the Earth was also critical, urging the EU to opt for a fossil-free economy “to avoid devastating warming,” while Greenpeace accused the Commission of trying to offset emission cuts in polluting sectors including energy, transport and farming, “with emissions absorbed by carbon sinks like forests and soil.”

Greenpeace also regretted that the European Parliament opened the door for fossil-fuel subsidies in the EU’s Just Transition Fund, a expected package of some €17.5 billion to support the regions most affected by the transition toward climate neutrality.

“Expecting local communities to kick their reliance on fossil fuels by funding gas is like trying to cycle faster by pedalling backwards. Only the oil and gas industry will benefit from investment in gas infrastructure that will be around for decades, when scientists are asking countries to completely decarbonize as soon as possible,” said Greenpeace EU climate and energy campaigner Silvia Pastorelli.

Von der Leyen’s revised target should now be endorsed by the 27 member states. Germany’s environment minister Svenja Schulze, representing the German rotating presidency of the Council of the EU, said she invited other European ministers in Berlin to discuss the proposal at the end of the month.

“I hope that we can find common ground at this meeting,” she said. “One of our main goals is to maximize our progress in climate action.“ 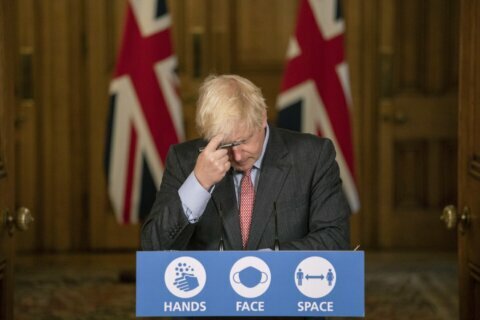 New rules for Liverpool as virus cases in England quadruple 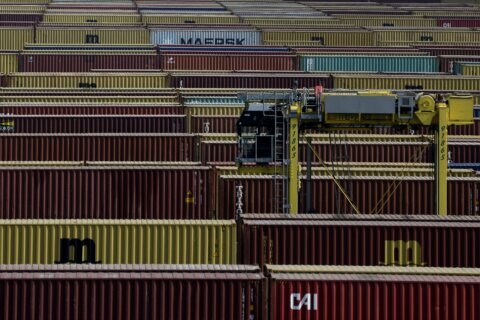