LEIDEN, Netherlands (AP) — This is not the student life Iris Raats had hoped for when she was accepted at…
Listen now to WTOP News WTOP.com | Alexa | Google Home | WTOP App | 103.5 FM

LEIDEN, Netherlands (AP) — This is not the student life Iris Raats had hoped for when she was accepted at Leiden University to study law.

With the coronavirus pandemic casting its long shadow over education in the Netherlands and around the world, most of her lectures are online and the vibrant social life in the country’s oldest university city has been reined in to contain the spread of the pandemic.

Instead, socializing happens predominantly within the four walls of the house that the 19-year-old shares with 13 other students close to the city’s central railway station.

“I’m very glad that I found … a room in Leiden and that I can experience living with students and have parties here in the kitchen,” she said. “But it’s not like real student life.”

Houses packed with students in Dutch university cities are seen as a worrying source of infections as the Netherlands has been hit by a strong resurgence of coronavirus in recent weeks. Infections have soared among people aged 20-30.

“It’s very complicated for students if there are 14 of you living in a house with shared kitchen, shared bathroom,” Dutch Education Minister Ingrid van Engelshoven told The Associated Press. “What we see now is that students are working with one another to work out how to make those houses safe.”

That is happening at the house in Leiden, where students are packed into communal spaces almost as tightly as their bicycles in racks in the front yard. The residents have made up their own rules to keep the virus out, largely sealing themselves off from the outside world by strictly limiting the number of visitors.

Students with a cough or runny nose are supposed to self-isolate in their rooms, although the housemates concede it’s hard to rigidly enforce that rule. At the height of the outbreak earlier this year, residents were allowed just one guest, a rule that allowed partners to visit.

When a room is vacated, meetings between housemates and potential new residents — thought to be a source of spreading infections — now happen largely online or in the house’s back garden.

So far, it’s worked for Iris and her housemates. Nobody has tested positive for COVID-19, even as Dutch infections are spiking and the government is introducing tougher measures to rein in its spread.

Students squeeze in and out of the cramped kitchen and sit talking around a small table cluttered with newspapers, books, cups and glasses. Iris cooks eggs and fiscal law student Gerard Velthuijs makes coffee.

In a hall, at the bottom of a steep flight of stairs, beer crates are stacked up and empty bottles collected in boxes. A single face mask hangs out of a student’s mail collection rack on the wall.

So far, about 100,000 people have tested positive for COVID-19 in the Netherlands and around 6,300 have died, although the true toll is higher because of limited testing, missed cases and other factors.

Student housing is not just a problem in the Netherlands.

In Britain, outbreaks at universities in cities including Glasgow, Edinburgh and Manchester have seen thousands of students confined to their residence halls. Security guards at some schools prevent young people from leaving their buildings.

The clampdown has angered students and parents, who say government and universities should have been better prepared, with clearer social distancing rules and routine virus testing for students.

Confining students to dorms also has not stopped them from socializing. Police were called to a residence at Edinburgh University last week to break up multiple student parties.

In the United States, dozens of universities have emerged as virus hot spots. Although students are being spaced apart in classrooms and dining halls, the virus has continued to spread in cramped dorms and through off-campus parties that have been blamed for thousands of cases.

In Leiden, second-year physics student David Hintzen is spending way more time than he would like in his bedroom on the house’s third floor. His days are spent peering at his laptop on the table next to his bed, although he must sometimes go to a university lab to carry out experiments.

“Most of our colleges are online through the website, so … everything I do is basically here,” he said. “I do study with friends sometimes, but that’s also through the laptop.”

Not all students in Leiden have been able to resist the temptation to party. Police intervened earlier this month to halt one late-night gathering of students in a Leiden park where people failed to social distance.

“It doesn’t always go well,” Van Engelhoven said. “That was — and they’ve said this themselves — stupid and irresponsible and we have to make sure we prevent that.”

For the students, the one upside of the restrictions is more time to focus on their education.

“You can’t get out to … party,” said Velthuijs. “Normally we used to party quite a bit together in the town but that’s all stopped, so it’s kind of boring. But you can concentrate on your studies now, so that’s okay.” 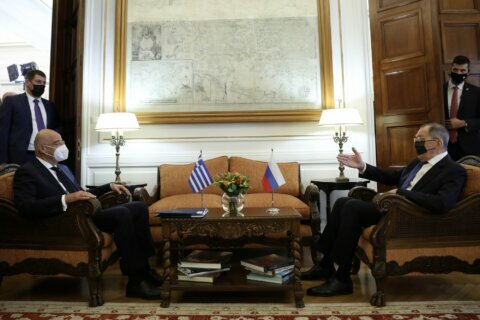 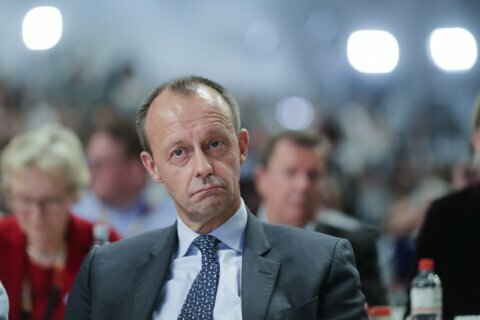