LONDON (AP) — Far-right protesters clashed with police Saturday in the English port of Dover, where thousands of migrants have arrived in recent months after crossing the Channel in small boats.

Dozens of anti-immigrant demonstrators, some wearing Union Jack face masks, blocked a main road, singing “Rule, Britannia!” as they marched in the middle of the road. The song has sparked debate over its celebration of the British Empire at a time when critics are reevaluating the nation’s colonial past.

Some protesters scuffled with police near the entrance to the town’s harbor. Police said nine people were arrested.

Anti-racism protesters held a rival demonstration in the town to say asylum-seekers were welcome.

On Friday night, the humanitarian charity Freedom from Torture beamed the words “Rise above fear. Refugees welcome” onto the White Cliffs of Dover overlooking the English Channel.

Migrants have long used northern France as a launching point to get to Britain, either in trucks through the Channel tunnel or on ferries.

Some have turned to small boats organized by people smugglers because coronavirus lockdowns have reduced opportunities to stow away on vehicles.

More than 5,000 migrants have crossed the Channel, one of the world’s busiest waterways, this year, most during the warm summer months. 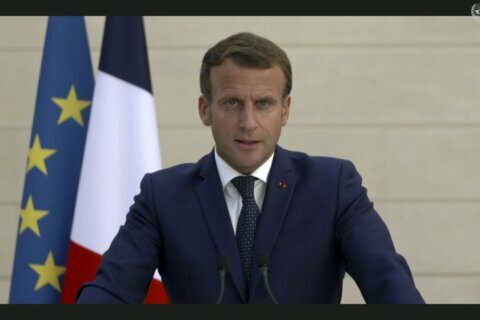 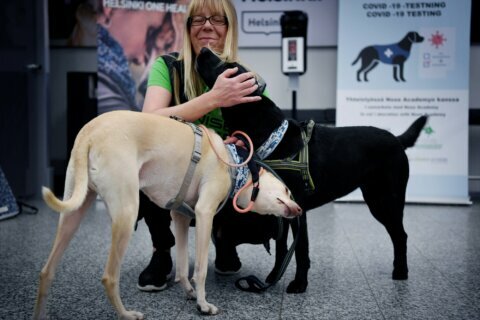