PRISTINA, Kosovo (AP) — A special international court said Thursday that a former commander of the separatist fighters in Kosovo’s 1998-1999 war has been arrested on charges including torture of detainees and the murder of one prisoner held at a compound in Kosovo during the conflict.

The Kosovo Specialist Chambers, based in The Hague, said former Kosovo Liberation Army commander Salih Mustafa was arrested based on a “warrant, transfer order and confirmed indictment issued by a pre-trial judge.”

He is the first ethnic Albanian arrested and sent to the court, which is investigating war crimes and crimes against humanity investigation stemming from Kosovo’s conflict with Serbia.

Mustafa is charged with the war crimes of arbitrary detention, cruel treatment, torture of at least six people and the murder of one person at a detention compound in Zllash, Kosovo, in April 1999. The victims were accused by KLA fighters of collaborating with Serbs or not supporting the KLA, according to the indictment.

In one incident alleged in the indictment, Mustafa interrogated a detainee “about his knowledge of the identities of thieves and spies, and beat him with a baseball bat all over his body, causing him severe mental harm and severe physical injuries.”

The court said Mustafa was transferred to its detention facilities in The Hague on Thursday and will appear before a pre-trial judge “without undue delay.”

The Kosovo Liberation Army was made up of ethnic Albanian rebels who wanted Kosovo’s independence from Serbia. Mustafa oversaw fighters in the Llapi area, 35 kilometers (20 miles) north of the capital, Pristina.

He later served as intelligence chief of the Kosovo Security Forces, military troops created in 2009 as a transitional unit before becoming a regular army.

The Kosovo Specialist Chambers and an attached Special Prosecutor’s Office, or SPO, was established five years ago to look into allegations that KLA members committed war crimes and crimes against humanity.

The European Union Rule of Law Mission in Kosovo, or EULEX, which is in charge of the court, said it had “provided operational and logistic support to the SPO in line with its mandate and in accordance with the Kosovo legislation.”

Hysni Gucati of the war veterans’ association said Mustafa’s family reported he was arrested early Thursday and taken to The Hague.

“To us, the court and its actions are unacceptable,” Gucati said.

The association has said it anonymously received thousands of confidential files during the last two months, which contain names of witnesses and also draft charges against former top KLA commanders. It wasn’t clear whether the files were stolen or leaked by someone involved in the investigation.

The war veterans said they would make them public, a move which a court spokesman warned would undermine the proper administration of justice. The Specialist Prosecutor’s Office is investigating how the association came into possession of the documents.

The prosecutors in The Hague also have indicted Kosovar President Hashim Thaci, former parliamentary speaker Kadri Veseli, and others for crimes that include murder, enforced disappearances, persecution and torture. Both men have denied committing any war crimes.

The 1998-1999 war for Kosovo’s independence from Serbia left more than 10,000 people dead — most of them ethnic Albanians from Kosovo. More than 1,600 people remain unaccounted for. The fighting ended after a 78-day NATO air campaign against Serbian troops.

Kosovo, which is dominated by ethnic Albanians, declared independence from Serbia in 2008, a move recognized by many Western nations but not Serbia or its allies Russia and China.

Llazar Semini reported from Tirana, Albania, and Mike Corder from The Hague, Netherlands.

UK to infect healthy volunteers to speed up vaccine efforts 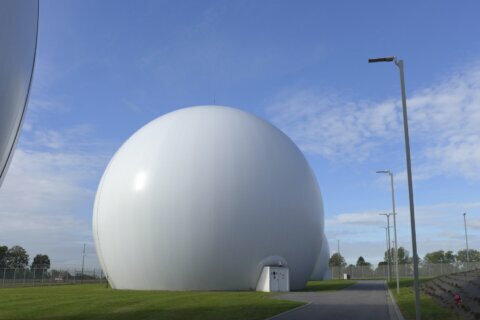