ROME (AP) — With thousands of travelers being tested at Italy’s airports and some ports, the nation where Europe’s COVID-19 outbreak began registered a seventh straight day of increasing new infections Sunday, mostly driven by returning vacationers.

Sicily’s governor, meanwhile, ordered all migrant residences on the Italian island to be shut down by Monday, part of a push-back by Italian regions alarmed by a steady climb in COVID-19 cases a few weeks before schools are to reopen.

But people coming in from Mediterranean Sea resorts abroad as well as from the Italian island of Sardinia have accounted for far more of Italy’s new coronavirus infections lately than have migrants.

Italy registered 1,210 new cases Sunday, the highest daily number since May 12 and only weeks after it saw new infections plunge to about 200 a day.

The Lazio region, which includes Rome, and the hard-hit Lombardy led the nation in regional new caseloads Sunday. Thousands of returning travelers got tested at Rome-area airports and a port north of the capital, as well as at airports that serve Lombardy’s main city, Milan. Other cities, like Turin, also have set up airport test facilities.

People arriving from Spain, Malta, Greece and Croatia must be tested within 48 hours of entering Italy, after those nations saw worrisome upticks in infections.

And many recent coronavirus clusters have been traced to people who vacationed on Sardinia. With many people taking ferries from Sardinia to the Italian mainland, Lazio set up a testing facility at the dock at Civitavecchia, so those driving vehicles off the ferries could line up for immediate testing.

Lazio Gov. Nicola Zingaretti appealed to the governor of Sardinia to test vacationers before they sailed or flew to the mainland, saying his region would do the same for travelers leaving for Sardinia, but there was no indication Sardinia would oblige.

Sardinia, which had been counting barely a handful of new daily cases in recent months, registered 81 new infections, compared to 44 a day earlier.

In Sicily, Gov. Nello Musumeci’s order took effect on Sunday, requiring that all migrants who reach the island by sea be transferred off to combat the spread of COVID-19 and all centers housing migrants awaiting asylum applications must be shut down by Monday.

His order, effective through Sept. 10, also forbids any boat, including charity vessels, from bringing migrants to the island.

“I can’t ask our people to keep a (safe) distance, wear masks and do other measures while the state amasses people in two rooms,″ Musumeci said, referring to the migrant centers.

But the national government is in charge of migrant policies and Musumeci acknowledged that his directive might be challenged in court. On Saturday, migrants accounted for 16 of Sicily’s 48 confirmed new infections.

Although in past years, nearly all migrants reaching Italy by sea were rescued by humanitarian groups or ships, this year, nearly 80% have reached Italian shores on their own, most setting sail from Tunisia.

Many come ashore on the tiny island of Lampedusa, whose migrant residence is dangerously overcrowded. Italy has taken to quarantining the latest Lampedusa arrivals aboard chartered ferries offshore Sicily.

Gov. Vincenzo De Luca, who leads the Campania region including Naples, raised the possibility that if daily infections keep surging, he will ask the national government to reinstate travel restrictions between regions.

Some wrote off De Luca’s warning as posturing before gubernatorial elections in September.

“What is he going to do, send in the Carabinieri (to block those outside his region from entering)?” Tuscany Gov. Enrico Rossi told the Corriere della Sera newspaper. 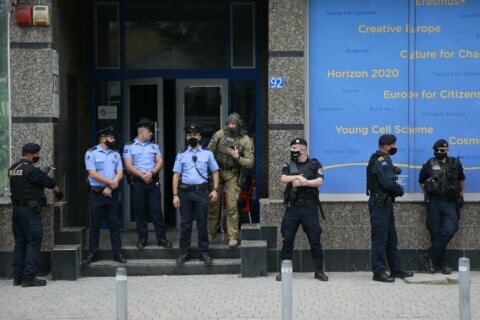 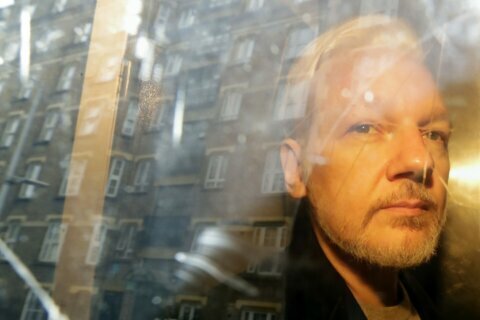