ANKARA, Turkey (AP) — Turkey marked the 98th anniversary of the decisive War of Independence battle against Greek forces Sunday as the threat of a new conflict with Athens looms in the eastern Mediterranean.

“Turkey’s struggle for independence and future continues today as well,” Turkish President Recep Tayyip Erdogan said in a message to commemorate Victory Day. “It is absolutely not a coincidence that those who seek to exclude us from the eastern Mediterranean are the same invaders as the ones who attempted to invade our homeland a century ago.”

In recent weeks, Turkish and Greek forces have engaged in a series of cat-and-mouse military exercises in the seas between Cyprus and the Greek island of Crete. The confrontation was sparked when Turkey sent a research vessel accompanied by warships to search for gas and oil reserves.

Greece, a member of the European Union, claims the waters are part of its continental shelf and has enlisted the support of the 27-nation bloc, which has condemned Turkey’s “illegal activities” and warned of potential sanctions against Ankara.

Turkey says Greece and others are denying its rights to explore for energy resources in the Mediterranean.

Greece and Cyprus have recently been joined by France, Italy and the United Arab Emirates in carrying out naval and aerial war games in the region.

On Saturday, Turkey began its own military maneuvers until Sept. 11 off its southern coast. Turkey’s Defense Ministry also released cockpit footage of what it said were Turkish jets in mock dogfights with Greek F-16s between Crete and Cyprus.

“No one should have any doubts about our resolve in this matter and our unshakeable belief in victory,” Erdogan said.

In an interview with broadcaster AHaber on Saturday, Foreign Minister Mevlut Cavusoglu said Greece extending its territorial waters from six to 12 nautical miles would be a “cause for war.” Earlier this week, Athens announced plans to extend its maritime border with Italy to 12 nautical miles.

Erdogan laid a wreath at the tomb of Mustafa Kemal Ataturk in Ankara later Sunday. Ataturk led the Turkish troops in the independence struggle following World War I and went on to establish modern Turkey.

Meanwhile, Pope Francis on Sunday told a crowd in Rome that he was “following with worry” the tensions in the eastern Mediterranean. The pontiff did not name a specific country but appealed for “constructive dialogue and respect for international law to resolve the conflicts that threaten the peace of the peoples of that region.”

In other commemorations, Turkish troops marched through Ankara, the capital, while people in Istanbul waved flags from cars in an impromptu procession. Turkish warships will visit 20 ports around Turkey and northern Cyprus for sunset flag ceremonies.

Events to mark the 1922 battle of Dumlupinar, which saw Turkish forces overwhelm Greek troops in western Anatolia, have been muted due to coronavirus measures. This has led to claims that Erdogan’s Islamic-orientated government is attempting to downplay the achievements of Ataturk’s secular regime. 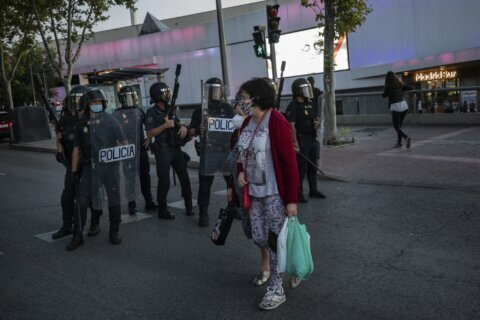 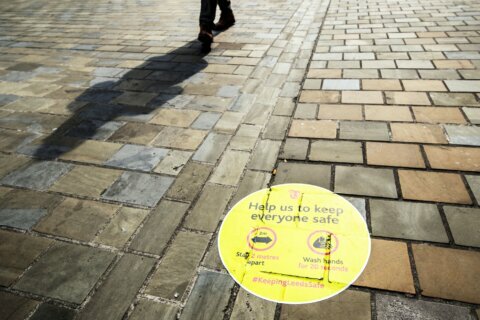