An Iraqi-born man deliberately drove his car into motorcycles along a stretch of Berlin highway, leaving at least one person in life-threatening condition in what German officials said Wednesday was a terror attack.
Listen now to WTOP News WTOP.com | Alexa | Google Home | WTOP App | 103.5 FM
(1/11) 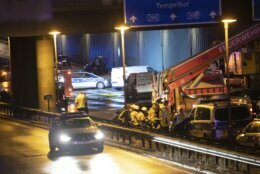 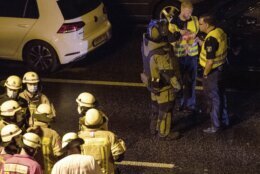 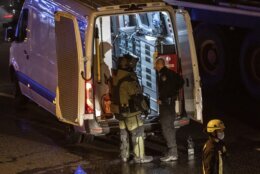 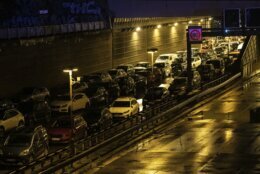 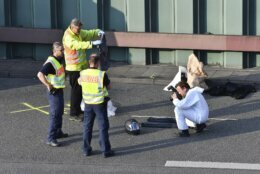 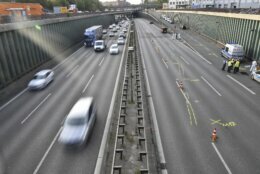 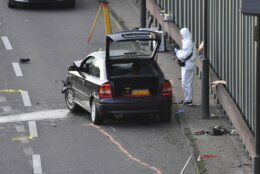 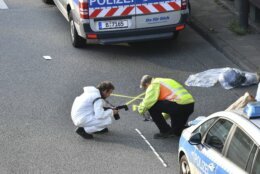 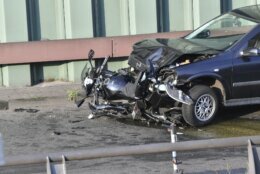 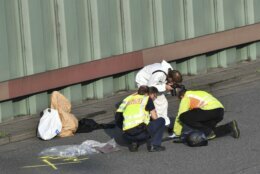 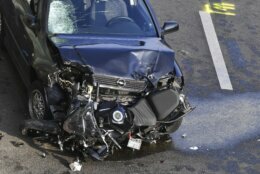 BERLIN (AP) — German authorities on Wednesday ordered a 30-year-old man accused of deliberately driving his car into other vehicles along a major Berlin highway and injuring six people moved to a psychiatric jail, as investigators continue to probe the man’s motives.

Officials said the Iraq-born man appeared to have carried out a deliberate attack late Tuesday motivated by Islamist ideology, but noted that he had been suffering from psychological problems.

The suspect driving a black Opel Astra allegedly struck three motorcycles at different locations on the Bundesautobahn 100, Berlin prosecutors and police said in a joint statement. He then stopped on the highway and put an old ammunition box on the roof of his car, claiming it had explosives inside, the statement said.

“According to the current state of our investigation, we assume this was an Islamist-motivated attack,” Berlin’s senator for the interior, Andreas Geisel, said. “A religiously motivated background cannot be excluded.”

Three people were severely injured during the attack late Tuesday, including a motorcyclist left with life-threatening head and back injuries, prosecutor Martin Steltner said. The collisions happened shortly before 7 p.m. local time and led to a complete closure of one of the German capital’s main traffic arteries.

After the driver was detained, officers led hundreds of people stuck on the shut-down highway away from their cars. Police used a strong jet of water to open the box he had put on the car’s roof, but found only tools inside.

Investigators did not reveal the man’s identity, as is customary in Germany, but local media identified the suspect as Sarmad D. He is under investigation for three cases of attempted murder.

There were also indications the man had mental health issues, Geisel said.

“The fact that the suspect was possibly suffering from psychological problems does not make this issue any easier,” Geisel said. “If personal problems mix with religiously loaded ideas, this can lead to uncontrollable acts — yesterday’s events have shown in a very painful way how vulnerable our society is.”

Investigators were working to determine if the suspect was linked to an extremist group or if other people were involved in his actions but so far found no indications of that, according to Steltner.

However, they were looking into tips that the man may have had possible contacts with other extremists, Steltner added. His office later issued a statement saying the suspect had been moved to the closed psychiatric unit of a jail.

Tuesday’s violence comes more than three years after a Tunisian man plowed a stolen truck into a Berlin Christmas market, killing 12 people, an attack that was later claimed by the Islamic State group.

Authorities said the detained suspect allegedly first hit a car then drove into the motorcyclist who received life-threatening injuries. He allegedly hit a second person on a motor scooter, then used his car to push another motorcyclist into the front of another car, prosecutor Steltner said.

Several German news outlets reported that the man shouted “Allahu akbar,” or “God is great” in Arabic, as he got out of his car. The Bild daily newspaper reported that he also shouted, “Nobody gets closer, or you will all die.”

The suspect then rolled out a prayer carpet and started praying, daily paper Tagesspiegel reported. A police officer then approached the man, spoke to him in Arabic, pulled him away from the car and detained him, the paper said.

According to German media reports, the man already was known to Berlin police.

The reports said he was born in Baghdad in 1990 and came to Germany as an asylum-seeker, most likely in 2016. His asylum request was rejected and his legal status only allowed him to remain in the country until the end of the year, German news agency dpa reported.

In 2018, he was detained for injuring others and taken to a mental institution for a short time, Tagesspiegel reported.

After first living in a refugee home in Berlin’s Altglienicke neighborhood, he moved to the Reinickendorf district, where he supposedly lived with his brother, dpa said.

Dpa reported that the suspect allegedly made references to his plans on Facebook before the crashes. He posted photos of the car that he allegedly drove into the motorcycles, as well as religious writings, the news agency said.

Berlin Mayor Michael Mueller said later on Wednesday that he was shocked by the attack.

“I wish all the victims a speedy recovery and a lot of strength for this difficult time,” Mueller said on Twitter.