NOERVENICH, Germany (AP) — Germany has welcomed military aircraft from Israel to its airspace for their first joint combat exercises in German territory, a milestone which both air forces praised Thursday as a sign of the intensive cooperation between the two countries.

“It was very emotional for us when, one after the other, the first Israeli jets arrived here in German airspace,” a spokesman for the German Luftwaffe told German news agency dpa.

“Nowadays, we have a very intense partnership with the Israelis,” spokesman Thorsten Weber said. “We work closely together, we do exercises together, German soldiers are being trained in Israel.”

Israeli Air Force pilot Lt. Colonel O., who didn’t give his full name in line with the military branch’s regulations, said that during the exercises he remembered the difficult past of Germans and Jews while also looking to the future.

During the Third Reich, Nazi Germany murdered 6 million European Jews and others in the Holocaust. Relations between Israel and Germany were difficult in the first decades after the end of the war, but have been growing closer together over the years.

“I think all of us are feeling it right in the heart how deep the past is,” O. told The Associated Press. “But we’re looking into the future and are happy for the opportunity of flying together.”

He added that the cooperation of the two air forces was a good thing for both countries.

Nowadays, Germany is one of Israel’s staunchest supporters.

Still, most interactions between the two nations carry a deeper symbolic significance because of the horrors of the Holocaust, which ended 75 years ago when Germany surrendered in World War II.

The Israeli pilots arrived at the base in western Germany on Monday for two weeks of exercises. They are conducting training with the German air force for the first week, and also with planes from the Hungarian air force in the second week.

Their planes include a group of six F-16s, two Gulfstreams and two Boeing 707 tanker jets. A total of around 180 Israeli personnel are involved. 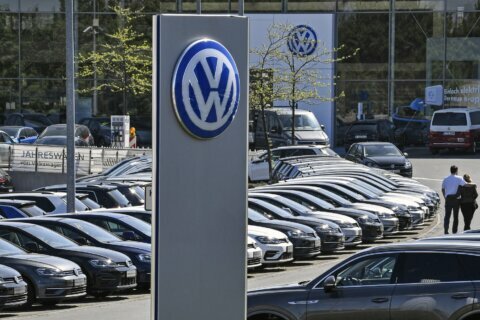