More French cities and towns, especially in tourist areas, are imposing mask requirements as the country’s coronavirus infections creep up again. More than 2,000 new infections were reported on Friday — the country’s biggest single-day rise since May.

The uptick corresponds with France’s beloved summer holidays, when vacationers head off in droves, often to the seashore, for festive gatherings with family and friends.

As of Saturday, wearing a mask outdoors was also compulsory in some crowded parts of Marseille, France’s second-largest city. Paris is expected to announce similar measures in the coming days. France has already made mask-wearing mandatory in all indoor public spaces nationwide.

In Saint-Tropez’s famed resort, a top spot for the international jet set, several restaurants had to reclose for two weeks after some staff tested positive for the virus.

Posters warning that masks were mandatory were displayed across the town center on Saturday, including its picturesque port, the open-air farmers market and the narrow streets of the old town lined with chic shops and art galleries.

Georges Giraud, deputy mayor of Saint Tropez, stressed that the order issued by the Var Prefecture will “make it easier because everybody is supposed to wear a mask.”

Police were giving masks free to visitors who didn’t have one but starting on Monday, those without one risk a fine of 135 euros ($159). The measure does not apply to children under 11.

Marc Rickebuche, a tourist from the northern French city of Lille, said “I think it a good decision to protect yourself and to protect the others to avoid having again a new lockdown at the end of the summer.”

Health authorities on Friday reported 9,330 new infections this week and said the virus is increasingly spreading ‘’especially among young adults.’’

France, which was under a strict two-month lockdown during spring, has reported more than 30,300 deaths from COVID-19 in hospitals and nursing homes. Experts say all reported figures in all countries undercount the true toll of the pandemic due to limited testing, missed mild cases and other factors. 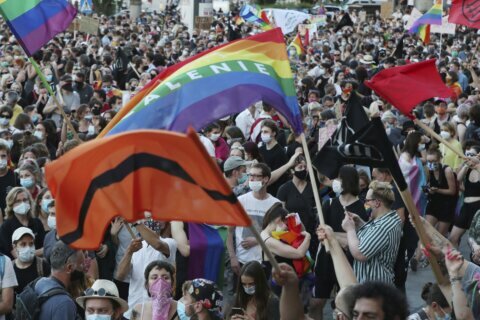 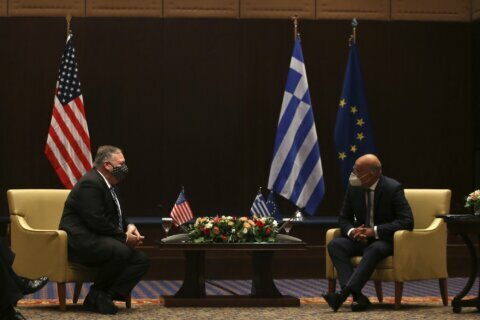