France mandating masks at all workplaces as virus reawakens

PARIS (AP) — France is now mandating masks in all workplaces, from the Paris business district to factories in the provinces, as it tries to contain growing virus infections but avoid shutting down the economy.

Tuesday’s announcement by the Labor Ministry makes France one of relatively few countries in the world that’s universally requiring workers to wear masks on the job, though they’re routinely worn in many Asian countries and increasingly required in public places beyond.

The move came after France’s daily infection count jumped past 3,000 over the weekend, for the first time since May, and as the number of virus patients in hospitals, intensive care units and nursing homes is starting to inch up again. France currently has among the highest infection rates in Europe, and already requires masks in public indoor spaces like restaurants and in many areas outdoors.

As of Sept. 1, masks will also be required in all shared, enclosed work spaces, including open-plan or shared offices, corridors, meeting rooms, and changing rooms, according to the new government rules. They can only be removed when someone is alone in an individual office.

“The latest scientific knowledge about the possible risk of transmission of the virus via aerosols leads us to adopt a general principle of the systematic wearing of masks in indoor, shared workspaces,” said Laurent Pietraszewski, secretary of state for worker health.

About a quarter of the 1,013 virus clusters that have emerged since France ended its strict virus lockdown in May were traced to workplaces, according to the national health agency. Family vacation gatherings, dance parties and other summer events have also led to outbreaks, raising new concern in a country that has already seen more than 30,000 virus-related deaths.

Labor Minister Elisabeth Borne said the new measures are needed to ensure “the protection of workers’ health and the continuity of our economic activity.” She and Pietraszewski met with unions Tuesday before announcing the rules.

Unions have pushed for more virus protections, and workers at the Louvre Museum, Amazon France and other sites walked off the job earlier this year out of concern that their employers weren’t doing enough to protect them.

The requirements will come into effect Sept. 1, when workers around France come back from summer holidays, after details of how to impose and enforce them are worked out with unions and the High Council on Public Health.

Some workers are reluctant to wear a mask all day, particularly in professions that require heavy physical activity or phone discussions where masks can make it complicated to communicate. And employers worry about how to enforce eventual mask requirements and provide enough masks.

The French government is also recommending — but not requiring — that employees work from home if they can, and advises that individual lodging be used for itinerant workers instead of collective housing.

Many governments encourage masks at work but don’t require them everywhere. Among the few countries that mandate them are India and the Philippines, but enforcement varies. 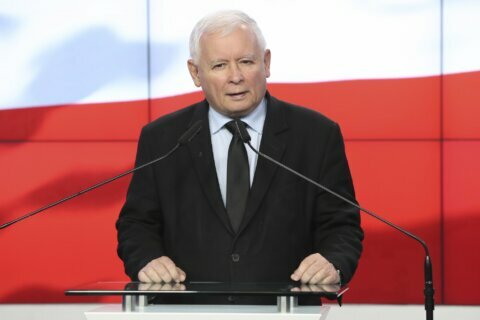 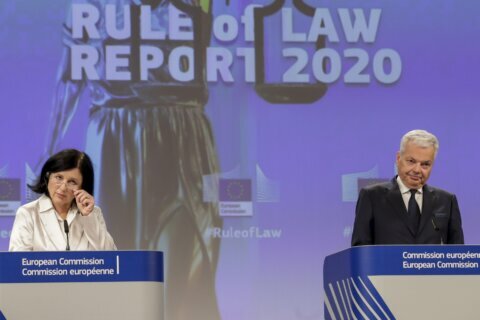