BRUSSELS (AP) — It started as a Saturday trip to Belgium’s coast, a chance to escape a heat wave and coronavirus restrictions for a while. As the tide came in, the beach got crowded. Someone complained about the music being too loud. The mood quickly turned ugly.

Within minutes, dozens of people were battling it out on the sands. Some beach-goers threw bottles and umbrellas at police officers who intervened.

By Sunday, a “gang of outsiders” was being blamed, and two coastal communities had banned day trippers from the city. Officers stood ready at railway stations and blocked traffic, turning away people who can’t afford to live, work, or pay for hotel reservations in the area. Three teens, shirtless, still in their swimming gear, were charged with “armed rebellion.”

On Tuesday, Belgium’s interior minister was trying to explain how it all happened, summoned to a tetchy hearing by the main populist party and a far-right nationalist faction. Civic groups called for action, urging people from poorer neighborhoods — among the hardest-hit by the virus — to find lawyers if they felt harassed by police “racial profiling,” or by zealous officials protecting wealthy holiday-makers at well-to-do beach communities.

Welcome to Belgium; a country that still has no full-time government 18 months after the last cabinet resigned; a country with one of the highest COVID-19 mortality rates in the world per population where restrictions are testing peoples’ patience; a country that just doesn’t get much really hot weather. It’s a simmering political soup on the verge of boiling over.

At the seaside resort of Knokke-Heist, where golf carts with license plates ply well-kept streets, there was ample room to stretch out on the beach early this week. Local authorities have banished day-trippers, who include many minorities, from Belgian cities or France from its 15-kilometer (10-mile) stretch of sands until the heat wave — which saw temperatures of up to 36 degrees Celsius (97 Fahrenheit) — is over.

Down a tree-lined street, at a home that he says dates from Napoleonic times, the mayor — Count Leopold Lippens — told The Associated Press that Knokke-Heist is an exclusive area prized for its many shops, restaurants and art galleries, and that only law-abiding people should bother to come.

“We are here in a country called Belgium, where the law is the law,” Lippens said. “We want the rules to be followed and if the rules are not followed, well, we will use our police force to have them followed.”

“People who don’t do that, they will be eradicated from this place,” he said.

Asked whether he worried that banning ordinary people from spending the day might tarnish the image of his town, the mayor said: “People come because they like it, and they like it because it’s quality. We don’t want quantity, we want quality.”

That view grates with Thierry Dupiereux, information officer with Belgium’s League of Families, a social organization aimed at helping families in need, and which lobbies for policy change. He says that the beach bans deprive people of “a safety-valve that helps them unwind.”

Almost 10,000 people have died from the coronavirus in Belgium — a country of just 11.5 million — and Dupiereux said the travel restrictions are “a social injustice” aimed at a part of society that has been hardest hit by the disease and the job losses that followed; people “who have little money, who can’t afford a week’s vacation at the beach or holidays abroad.”

The coast is just a 90-minute train ride from the capital Brussels. Other places where people without cars could get away and cool off are poorly served by public transport. Many youths boarded trains in Brussels on Tuesday, but the Knokke-Heist station was almost empty.

At first, the national rail service SNCB resisted calls to cut the number of beach-bound trains, but caved in as political pressure mounted and will now provide fewer this coming weekend. A number of lawmakers urged Interior Minister Pieter De Crem to rein in the SNCB, notably Bjorn Answeeuw, from the populist N-VA party.

Belgium’s last government collapsed when the N-VA pulled out. The party is too big to ignore and has been central in talks to form a new administration over the 14 months since the last election. During that time, the N-VA has routinely criticized the interim government installed to manage the COVID-19 crisis. Fears over migration have proved a vote winner for the party.

“Going freely to the coast is a right that we all have. Being beach day-trippers does not make us terrorists for a day,” De Crem said. For people like those involved in Saturday’s beach riot in Blankenberge, De Crem suggested setting up a register — similar to ones used for soccer hooligans — and banning those on it from going to the coast.

Other parliamentarians expressed concern about the way police have acknowledged stopping people who merely look like the youths involved in the riot. “It wasn’t a night club bouncer who said this, it was a police officer,” said Socialist lawmaker Herve Rigot.

At the League of Families, Thierry Dupiereux said it’s difficult to work out who to believe these days, when the coronavirus, the lack of a full-time government and even a heat wave weigh on everyone’s minds and make for strange times.

“We’re in a political situation in Belgium today where a lot is at stake. We don’t always know who is acting on behalf of whom. There are lots of political games being played,” he said.

In a surprising about-face a few hours after speaking to AP, and after the parliamentary hearing — which might underline the pressures involved — Mayor Lippens announced that day-trippers could return to Knokke-Heist as of Wednesday.

Mayo reported from Knokke-Heist, Belgium. Mark Carlson in Brussels contributed to this report. 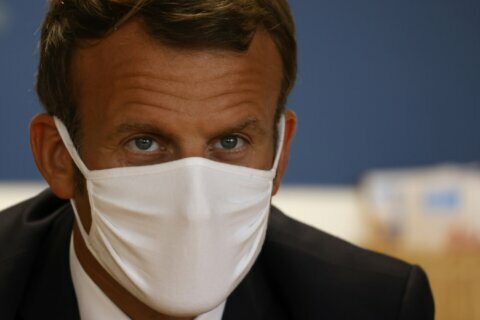 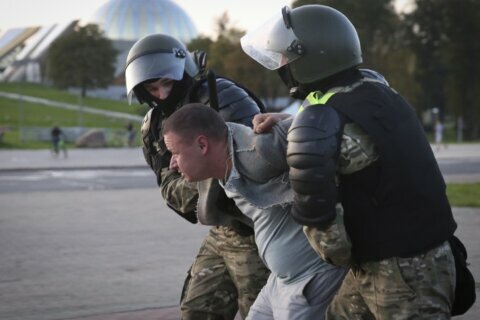