ROME (AP) — Officials on the Italian island of Sardinia are distancing themselves from a reported decision by local airport authorities to prevent a group of Americans who arrived in a private plane from going to their rented summer house due to European Union anti-coronavirus measures..

Because of the number of confirmed virus cases still getting reported in the United States, the E.U. did not include the U.S. on the list of countries whose nationals were allowed to resume visiting Europe as of Wednesday.

Sardinia’s regional tourism official, Gianni Cessa, said he went to the airport late Wednesday “out of a sense of solidarity” with the Americans. “Rules must be respected, but there needs to be some common sense,” he said in televised comments posted online Thursday by L’Unione Sarda newspaper.

The newspaper said the group of about 10 people, most of them Americans and their children, as well as British and New Zealand nationals, landed at Cagliari Elmas Airport aboard a private jet from Colorado on Wednesday. The tourists were prevented from leaving the airport and kept in a waiting area, according to photographs of them posted by Sardinian media.

Eventually they got back on the plane and took off for Birmingham, England, the report said.

After the EU issued its list of 14 nations whose citizens are welcome in 31 European countries, Italy’s Health Ministry said it would still require those visitors to quarantine out of an abundance of caution.

While coronavirus cases are soaring in parts of the U.S., they are mostly under control in Italy, the onetime epicenter of the coronavirus pandemic in Europe. Sardinia, in particular, has kept its case numbers low.

Sardinia’s regional governor, Christian Salinas, had sought to test visitors upon arrival, trying to balance the island’s need for tourism revenue during the peak summer season with efforts to keep tourists and residents alike safe. That proposal fell by the wayside, but Salinas blasted the treatment the Americans received.

In a statement carried by Italian media, Salinas said the interpretation of the travel restrictions “inflicted grave damage to the international touristic credibility of our island and our sense of hospitality.”

Right-wing politicians noted that migrants who come ashore in Sardinia are allowed in, tested for the virus and allowed to apply for asylum, but not American tourists. 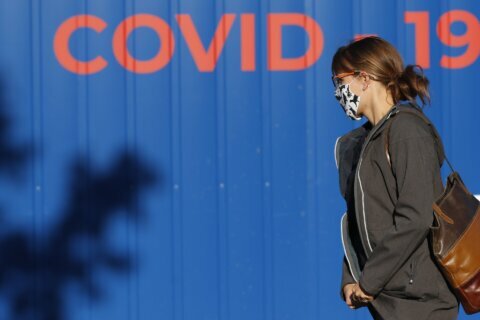