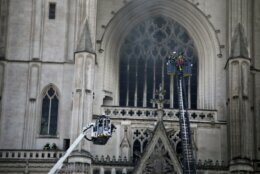 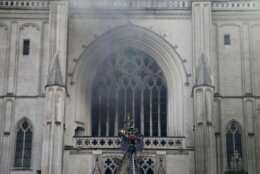 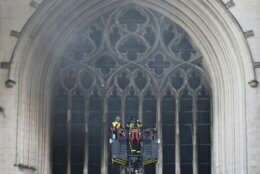 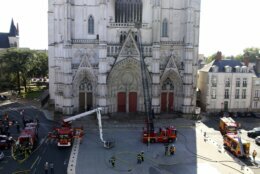 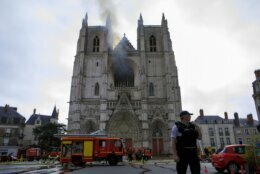 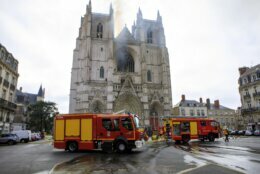 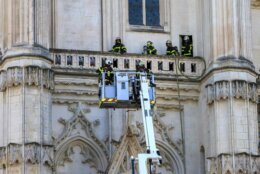 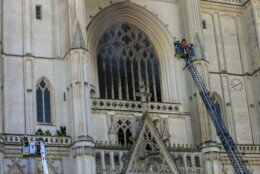 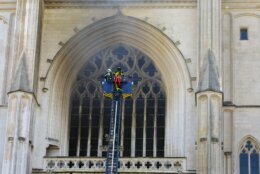 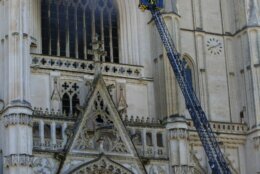 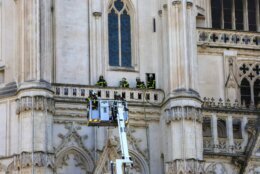 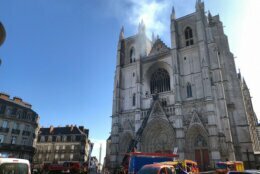 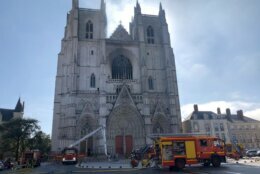 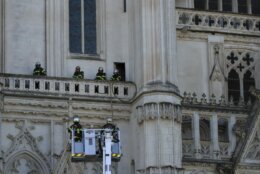 NANTES, France (AP) — French officials launched an arson inquiry Saturday after a fire broke out in the famed Gothic Cathedral of St. Peter and St. Paul of the western French city of Nantes. The blaze destroyed the organ, shattered stained glass windows and sent black smoke spewing from between the cathedral towers.

Residents and tourists watched aghast, and emergency workers cordoned off the area around the monument, in the historical center of this city on the Loire River.

A City Hall official said the fire broke out Saturday morning inside the cathedral, and the cause is unclear. The official is not authorized to be publicly named. No injuries have been reported.

The local firefighter service said the roof is not affected by the fire and was“under control.”

They brushed aside comparisons with Notre Dame cathedral in Paris whose lead roof and spire burned down in April 2019. For many, the Nantes fire will have brought back memories of that devastating blaze that threatened to topple the medieval monument in the capital.

“After Notre-Dame, the Saint-Pierre-et-Saint-Paul cathedral, in the heart of Nantes, is in flames. Support for our firefighters who take all risks to save this Gothic jewel of the city,” French President Emmanuel Macron wrote on Twitter.

Saturday’s fire broke the main stained glass windows between the two towers of the 15th-century cathedral, and destroyed the organ, which dated from the 17th century and was called the “soul of the cathedral” by faithful.

“The damage is concentrated on the great organ which appears to be be completely destroyed. The platform on which it is located is very unstable and risks collapsing,“ said Gen. Laurent Ferlay, head of the firefighters in the Loire Atlantique area, during a press briefing in front of the cathedral.

The cathedral had been built over five centuries and completed in 1891. The main organ had previously survived a serious fire in 1972, which annihilated much of its wooden structures.

“It is a part of our history, a part of our heritage” Nantes Mayor Johanna Rolland told reporters. “We all have these images in mind, this story in our hearts, but at this stage the situation does not seem to be comparable to that of 1972.”

That devastation had one upside — the burnt-out wood was replaced by concrete that helped limit the scope of Saturday’s catastrophe, Ferlay said.