LONDON (AP) — Britain’s Prince Philip has made a rare public appearance as he attended a military ceremony at Windsor Castle to transfer a long-held ceremonial role to his daughter-in-law Camilla.

The 99-year-old Philip, Queen Elizabeth II’s husband, has been Colonel-in-Chief of The Rifles since 2007 and has served in the same role for earlier regiments that have made up the infantry unit since the 1950s.

On Wednesday, Camilla, Prince Charles’ wife, was welcomed as the regiment’s new colonel-in-chief in a separate ceremony.

Philip retired from public duties in 2017. He was pictured at Windsor Castle with the queen to mark his birthday in June, and he attended Princess Beatrice’s private wedding ceremony on Friday.

He was last seen at a big event when he was a guest at Lady Gabriella Windsor’s wedding in May 2019. 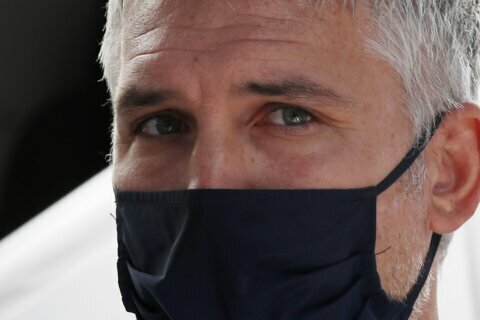