IVRY-SUR-SEINE, France (AP) — Assa Traoré has been fighting for justice ever since her brother Adama died in the custody of French police on his 24th birthday four years ago. And she’s determined to keep fighting until “the end,” she says: until someone is convicted for his death.

But recently, her goal has grown larger. She’s now at the forefront of a new movement to wipe out what activists deem to be systemic racism in policing, fight for Black rights and to challenge France’s official vision of itself as a colorblind society.

“We became soldiers in spite of ourselves,” Assa Traoré, whose family is of Malian origin, told The Associated Press this week. “There’s a movement today. We call it the Adama generation, these people who are not afraid anymore, and these youth who will not shut up.”

The 35-year-old, who gave up her job as a special education teacher in a small Paris suburb to lead a movement demanding justice for her brother, has renewed purpose since George Floyd died after being restrained by Minneapolis police.

“George Floyd is our brother here in France, too,” Traoré said in an interview ahead of a demonstration Saturday marking the anniversary of Adama’s death — her speech determined, her energy palpable. “When you see George Floyd’s death, you imagine the death of my brother Adama Traoré.”

It is not the first time that France has reckoned with its colonial history and relationship with its Black and North African citizens. Deaths involving police often lead to protests, most memorably in the form of nationwide unrest in 2005 sparked by the deaths of two boys who were electrocuted while hiding in an electric substation after fleeing police.

But now France is seeing a growing pushback against police violence, and against racism that many activists say is exacerbated by the country’s official doctrine of colorblindness, which encourages immigrants to integrate and bans the government from collecting census data on race.

While four officers involved in Floyd’s arrest have been charged — including one with murder who is behind bars — no one has been charged in Adama Traoré’s death. It wasn’t filmed, and the cause of death is still the subject of fierce debate.

On July 19, 2016, police approached Adama and his brother for an identity check in the town of Beaumont-sur-Oise north of Paris, where the large family grew up. Adama ran away because he didn’t have his ID. Gendarmes caught up with him and arrested him. Within hours he was declared dead.

One gendarme initially said three officers jumped on Traoré to pin him down, according to early police reports. The gendarme later denied any of them pinned him down.

The exact cause of death is not even clear. A dozen court-ordered medical reports found various cardiac diseases were responsible. The Traoré family countered those with an independent autopsy and medical reports pointing to asphyxiation instead. Lawyers for the officers deny police were at fault.

The family’s lawyer Yassine Bouzrou said Friday that since early June, investigators have made 17 new requests for information, including a new medical examination by independent doctors in Belgium. Speaking to broadcaster France-Info, Bouzrou called that a sign that the investigation is being taken more seriously than before Floyd’s death thrust it back into the spotlight.

In her quest for justice for her brother, Assa Traoré has met with families of those who died at the hands of police, toured struggling French suburbs where most of the population is immigrant or non-white, and organized activists across racial, geographical and economic lines.

In June, as France was reopening from virus lockdown and videos of Floyd’s killing circulated around the world, she rallied tens of thousands of protesters to call attention to French racial minorities’ own problems with police.

“We have to change everything, this systemic racism, we need to break it,” Traoré said. She called for banning dangerous techniques that police use to immobilize people that “overwhelmingly kill Black, Arabs and non-whites.”

She also thinks France needs to scrap the police oversight agencies, which are currently composed of police themselves, in favor of independent bodies.

In 2016, France’s top official for defending citizens’ rights, Jacques Toubon, reported that Black and Arab French people were 20 times more likely to be stopped by police than others were. In 2020, Toubon published a study detailing systemic racism in the Paris police. The government has pledged to root out racism in police forces but blames the problem on a few bad apples.

Traoré has built bridges with other social movements — like the yellow vest one against economic injustice and the climate crisis movement.

This Saturday’s march was organized with climate activists under the slogan: “We want to breathe.”

“Today the fight for Adama Traoré does not belong to the Traoré family anymore,” Traoré said. “It’s representative of a big unease and dysfunction of the French state, so it’s a struggle we take on together.” 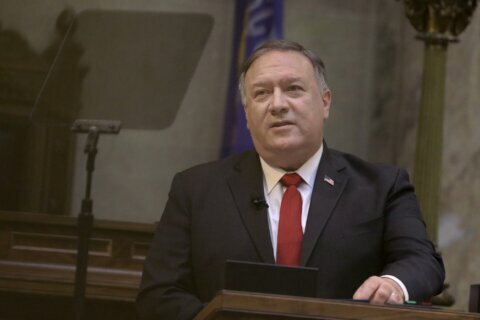 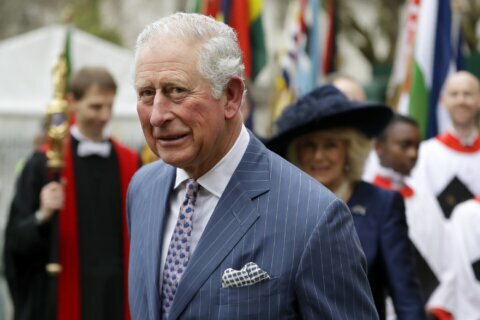