PARIS (AP) — Vandals have defaced a monument celebrating the abolition of slavery in southern France, in an apparent response to growing anger over entrenched racism and calls for the removal of monuments to historical figures tied to colonialism and the slave trade.

Statues to people with links to France’s colonial past and slavery have been placed under police protection over the past week, as protesters have toppled or vandalized monuments to similar figures in the U.S., Britain and elsewhere.

On Thursday, authorities in the southern city of Pau were alerted to damage to a monument celebrating France’s abolition of slavery. The bronze monument, showing a black person in chains looking to the sky, was doused in white paint, and a paint can bearing the words “White Lives Matter” in English was left nearby, according to a city official.

Municipal workers quickly cleaned off the paint, and the city asked prosecutors to open an investigation, the official said. No one has been arrested so far, or claimed responsibility.

France definitively abolished slavery in 1848 but before that had a significant slave trade, shipping more than 1 million Africans to colonies in the Americas.

Galvanized by worldwide protests prompted by George Floyd’s death in the U.S., some black rights activists in France have stepped up efforts to shine a light on the country’s colonial and slave-trading past. That in turn has prompted a backlash by some far right figures.

Among targets of anti-racism groups is Jean-Baptiste Colbert, controller-general of France’s finances under King Louis XIV. Colbert’s doctrine of state intervention in the economy is still celebrated and widely taught – but what’s less well-known is that Colbert drafted the Code Noir, or Black Code, which was promulgated two years after his death to regulate the conditions of slavery in French colonies.

Police have blocked access to the most prominent Colbert statue in France, in front of the National Assembly, the lower house of parliament, overlooking the Seine River in Paris.

Police are also protecting a statue of French military commander Joseph Gallieni in central Paris. Gallieni, the city’s military governor during World War I, used brutal methods to quell rebellion of local populations in French colonies, including as a governor of Madagascar where he abolished the island’s 350-year-old monarchy.

The week before Floyd died, protesters in the French Caribbean region of Martinique took down two statues of Victor Schoelcher, who wrote the 1848 decree announcing that slavery was abolished in all French colonies. Schoelcher remained a staunch defender of colonialism, and protesters say local figures of the abolition movement should be honored instead. 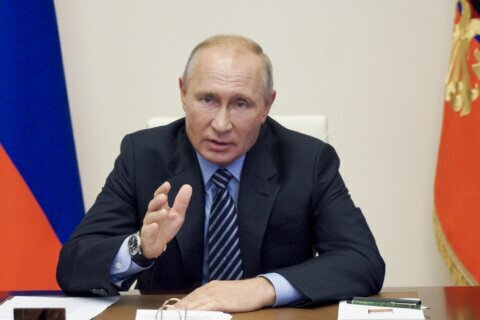