EU says Russia should not yet rejoin G7, despite Trump plan

BRUSSELS (AP) — The European Union on Tuesday joined a growing chorus of members of the Group of Seven major economic powers to insist that Russia must not be allowed back into the fold, after U.S. President Donald Trump said that he plans to invite the country to a G7 summit next fall.

Trump said Saturday that he is postponing next month’s G7 summit, and plans to invite Russia, Australia, South Korea and India when it does take place. Trump told reporters that he feels the current makeup of the group is “very outdated” and doesn’t properly represent “what’s going on in the world.”

The G7 members are Canada, France, Germany, Italy, Japan, the United Kingdom and the United States, while the 27-nation EU, the world’s biggest trading bloc, also takes part. Russia was suspended in 2014 from the then G8 following its invasion of Ukraine and annexation of Crimea.

EU foreign policy chief Josep Borrell said that Russia should not be allowed back in until it “changes course and the environment allows for the G8 again to have a meaningful discussion, and this is not currently the case.”

Borrell said that it’s up to Trump, as G7 chair, “to issue guest invitations, and guest invitations reflect the host priorities. But changing membership, or changing the format on a permanent basis, is not the prerogative of the G7 chair.”

Borrell said G7 members “sit together because they share values, interests and commitments,” and he insisted that given the coronavirus pandemic “cooperation among like-minded partners is crucial even more in such difficult times.”

On Monday, Canadian Prime Minister Justin Trudeau said that Russia’s “continued disrespect and flaunting of international rules and norms is why it remains outside of the G7 and why it will continue to remain out.”

British Prime Minister Boris Johnson’s spokesman, James Slack, said the U.K. would “look at the detail of what the U.S. is proposing,” and also noted that it’s customary for the host to invite other leaders as guests.

Asked whether Russia should be let back in, he said “we’re yet to see evidence of changed behavior that would justify its readmittance.”

German Chancellor Angela Merkel has said that she will not personally attend a meeting in the U.S. if Trump goes ahead with it unless the course of the pandemic changes by then.

Jill Lawless in London contributed to this report. 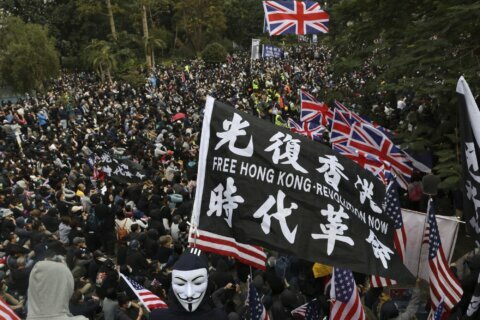 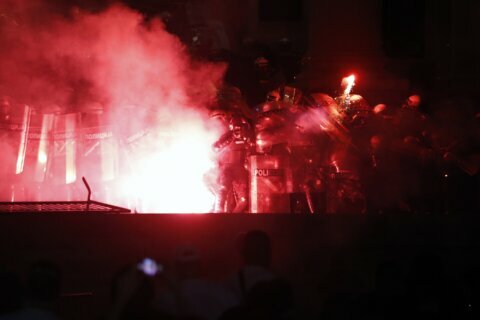