LONDON (AP) — The British government performed an about-face on masks Monday, telling people to cover their mouth and nose in shops, buses and subway trains. The change came as part of what Prime Minister Boris Johnson called the ”first careful measures” to lift a nationwide lockdown imposed seven weeks ago to slow the spread of the new coronavirus.

A 50-page government document outlining cautious steps to ease restrictions said “people should aim to wear a face-covering in enclosed spaces where social distancing is not always possible and they come into contact with others that they do not normally meet, for example on public transport or in some shops.”

That is a recommendation rather than a rule, and people won’t be penalized if they don’t wear a mask.

The government outlined a three-stage approach to ending lockdown, beginning Wednesday with a relaxing of limits on outdoor activity. People in England may take unlimited amounts of exercise, rather than just one trip out a day, and may sit and sunbathe outdoors. Driving to a park or beach will be permitted, and golf courses and tennis courts can reopen.

If there is no new spike in infections, that will be followed in June by a return to class for some young school pupils, the reopening of nonessential shops and the return of televised sports, played behind closed doors. A third stage, penciled in for July at the soonest, would see the gradual reopening of restaurants, cafes, pubs, hairdressers and other businesses.

Johnson told lawmakers that “if the alert level begins to rise we will have no hesitation in putting on the brakes.”

Johnson, who was hospitalized last month with a serious bout of COVID-19, also said that within weeks the U.K. would impose a 14-day quarantine on people arriving by air. Travelers from Ireland and France will be exempt.

While many people welcomed the prospect of an end to lockdown, there was confusion about the measures, which were announced by Johnson in a televised speech almost 24 hours before the details were published.

“What the country needs at this time is clarity and reassurance, and at the moment both are in pretty short supply,” said Keir Starmer, leader of the main opposition Labour Party.

In a televised statement Sunday, Johnson extended most of the draconian restrictions on daily life imposed March 23, including the closure of schools, restaurants and most shops.

Britain’s official coronavirus death toll stood Monday at 32,065, the highest in Europe and the second-highest in the world after the United States. While the number of new deaths and infections is falling, Johnson said it would be “madness” to loosen restrictions so much that there is a new surge in cases.

But he made a dramatic shift in tone on the economy. Since March 23, workers have been told to stay at home. Now Johnson said “anyone who can’t work from home, for instance those in construction or manufacturing, should be actively encouraged to go to work.”

He said workplaces should observe social distancing and people should avoid public transport if possible, traveling “by car or even better by walking or bicycle.”

Employees, business owners and trade unions expressed concern about the gear-change, saying the advice was confusing and potentially dangerous — especially in a big city like London, where most people do not own cars and where subways are operating at a fraction of their usual capacity.

Some expressed fears that people in low-paid jobs, who are less likely to be able to work from home, will be put at risk. That concern was underscored by official statistics showing that men working as security guards, construction workers, transit workers and shop assistants had experienced higher-than-average mortality in the outbreak. Men overall are about twice as likely as women to die with the coronavirus.

Peter Osu, 45, who was returning to work at a construction site for the first time since the lockdown started, said he felt nervous.

“People were sitting close together on the (subway) and others were having to stand,” he said. “There was no 2-meter spacing. This is the first day. Can you imagine what it’s going to look like by the end of the week?”

The reopening plan has put Johnson’s U.K. government at odds with semi-autonomous authorities in Scotland, Wales and Northern Ireland, who urged caution and said they would not automatically adopt the measures Johnson has announced for England.

Scotland’s pro-independence First Minister Nicola Sturgeon, who differs with Johnson on many issues, said that “the risk is still too great” to ease the lockdown, though she said Scots could now do unlimited outdoor exercise.

“But otherwise we are asking you to stick with lockdown for a bit longer — so that we can consolidate our progress, not jeopardize it,” she said. 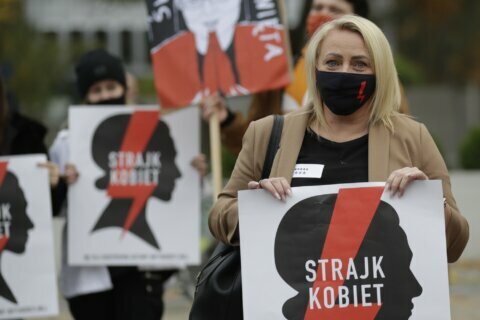 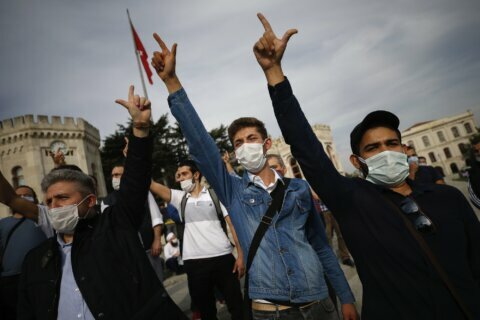 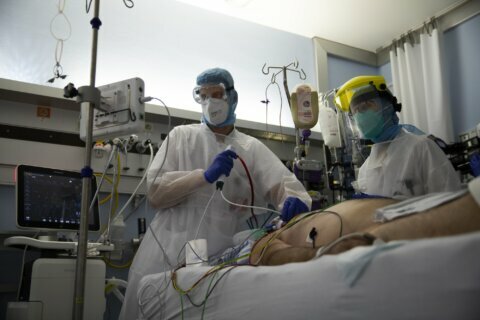