LONDON (AP) — Britain’s Prince William has admitted he’s found being a parent overwhelming at times and that the “life-changing” experience of having children brought back the trauma he experienced following the death of his mother, Princess Diana.

Speaking during a new BBC documentary airing Thursday, the second-in-line to the British throne told former professional soccer player Marvin Sordell that emotional events of the past — such as losing a parent — can resurface.

“Having children is the biggest life-changing moment, it really is …’’ the father of three said. “I think when you’ve been through something traumatic in life … your emotions come back in leaps and bounds because it’s a very different phase of life.’’

William was 15 and his brother Prince Harry 12 when Diana died in a Paris car accident in 1997. William has in the past described his grief as “pain like no other pain.”

The prince appeared in a program meant to start a discussion on mental health using soccer as the vehicle for discussion. The long-time campaigner on mental health issues offered brief moments of insight into how he deals with the pressure of being a working royal.

In a conversation with a young athlete, William admitted to bouts of anxiety when speaking before groups but said that his poor eyesight allowed him to overcome his fears because the faces of the crowd were blurred.

“My eyesight started to tail off a little bit as I got older, and I didn’t use to wear contacts when I was working, so when I gave speeches I couldn’t see anyone’s face,’’ he said. “And it helps, because it’s just a blur of faces and because you can’t see anyone looking at you.’’

Documentary makers followed William for the past year as he traveled the nation to promote the Heads Up initiative, which seeks to raise awareness about mental health in soccer and encourage the sport’s supporters to discuss their problems.

During a visit to West Bromwich Albion Football Club, William spoke with players who had experienced someone close to them committing suicide.

The prince said that for many families who have been bereaved by suicide, “it is one of the rawest forms of grief because you’re left with so many unanswered questions.

William went on to say that men seem to have an issue with opening up and speaking about suicide. He hopes that will change.

“If we can have a major impact on lowering suicide rates, that’s a success from this campaign,” he said. 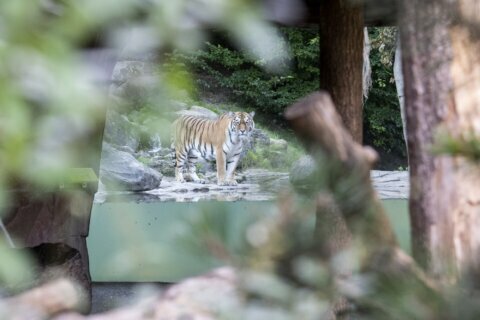 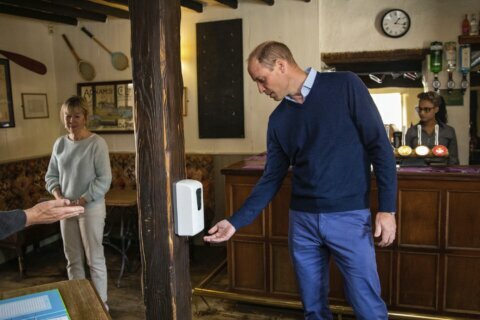