COVID-19 survivor urges: ‘To all of you: Continue to fight’

Diane Wanten has one abiding lesson for all those who are seeking to come back from the debilitating disease that has already killed at least 200,000 people worldwide and infected millions of others.
Listen now to WTOP News WTOP.com | Alexa | Google Home | WTOP App | 103.5 FM

ALKEN, Belgium (AP) — Sucking in the little oxygen her lungs could still process, Diane Wanten wouldn’t back down in her fight against a disease that is killing tens of thousands a week around the globe. Too much was still waiting for her.

“It kept turning in my head: I need to survive this. I still want to go back home,” she said, remembering the dark days in a Belgian intensive care unit a few weeks back. “Before I slipped into the night, I automatically stayed awake a little longer to make sure I was still alive. And I was hoping that I would, please, wake up in the morning.”

Stuck behind a claustrophobic shield that covered her whole head, she would sometimes awaken from a slumber in a half-panic wondering whether she had left enough pills in the box for her husband back home who is stricken with Parkinson’s and early dementia.

She eventually beat COVID-19 after three weeks of hospitalization, including 16 days in the ICU. She has been reunited with husband, Francesco, and is recovering in her son’s home. There is no embrace yet, since the 61-year-old Wanten is largely quarantined in her room and keeping at arm’s length from her husband, who doesn’t quite fathom what is happening. The eye contact alone, though, is worth it.

In a raspy voice and still struggling to breathe 100% normally, Wanten has one abiding lesson for all those who are seeking to come back from the debilitating disease that has already killed at least 200,000 people worldwide and infected millions of others.

“To all of you: continue to fight. It’s worth it,” she said. “Early on, it is tough. But when I look at the result, I’m telling everyone: Go for it.” For almost all those fighting her fight around the world, there’s family waiting, friends waiting, loved ones waiting.

Before the coronavirus put her close to death’s door, Wanten already knew how hard life could be. She had sold shoes, cleaned offices, married a young coal miner whose father had come down from Italy’s La Spezia region in Europe’s great post-war immigration movement. Mine closures in eastern Belgium were tough enough, but her husband developed Parkinson’s disease at age 38 and, over a year ago, early dementia. She herself battled through cancer five years ago.

“She went through a lot,” said her son Frederico Taramaschi.

Still, the coronavirus caught her unawares. She had already braved a fever and cough with pain relief medication and a syrup when it all suddenly came back a week later. Limburg province is the epicenter of the coronavirus in Belgium and she was right smack in the middle.

She went for a checkup on April 3, and by the time she got to Jessa hospital in the city of Hasselt, “I couldn’t tell the doctor anything because I couldn’t breathe.” The doctor only had one option, she said. “Straight to the emergency ward.”

The stress at Jessa, one of Belgium’s main hospitals about 80 kilometers (50 miles) east of Brussels, was intense. Within 24 hours, cases would shoot up from 257 to 343 cases in Limburg province.

Dazed with medicine and fearful of death during the first few days, thoughts did drift often to her husband. “I didn’t realize all the things that were happening but it shot through my head: How would he be?”

“He always said: ‘The day you’re no longer there, I want to be gone, too.’ I said to myself: ‘I got to pull through because I really don’t want both of us to die.’”

By that time Frederico and his wife, Tania, were already taking care of her husband, a natural extension of a family bond. There were fears Francesco would have it too, but, Frederico said, “I didn’t think twice. My parents have always taken super good care of me.”

Unlike the families of 200,000-plus victims, this one can rejoice. But the way back is still long. Leaving the ICU for a regular room was a victory, but then physio had to start.

“I was dizzy, couldn’t find my balance and my breath was fading,” she said. At first, just standing up was an effort, proof what the virus had done to her lungs. Words were staggered with gasps.

Medical staff know the challenges all too well.

“They need a few months of rehabilitation because they are very weak. Their muscles are gone. And that’s more than the other diseases,” said Dr. Luc Jamaer of Jessa hospital.

Slowly her vigor and vim came back and last week, she was allowed to step out of her wheelchair and into the car of her son for further recovery and physio at her home.

The time has even come to look at the future and what the virus has taught her.

Generations differ. “I have learned that I have to take care of things better. His medication was always placed in two boxes. If they would have been finished,” she said, her voice trailing off. “Now I know I have to write it all down.”

For Frederico the latest family mishap reinforced his belief in carpe diem. “You have to make the most of every day because, who knows what tomorrow brings.”

Wanten will seize her day soon enough too. The day she will be allowed to touch and embrace her dearest again will be on the eve of Belgian Mother’s Day.

“It will be the greatest Mother’s Day that I ever had — or that I will ever have.” 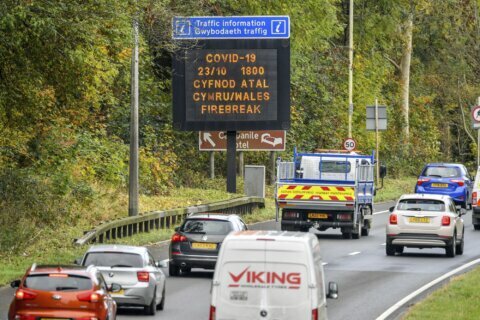 No escaping from Wales: UK police to enforce travel ban 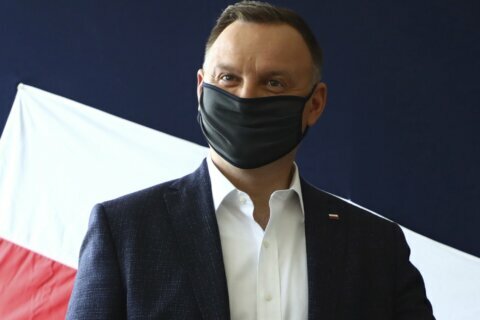 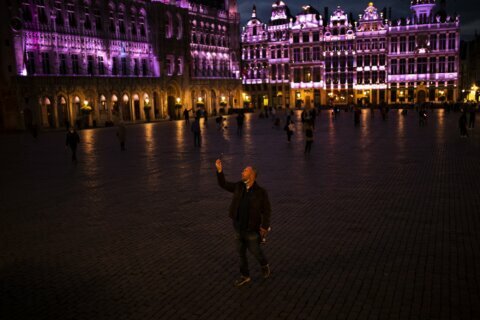