EU leaders order up recovery plan for after coronavirus

BRUSSELS (AP) — European Union national leaders told the bloc’s finance ministers Thursday to draw up new measures to tackle the devastating economic impact of the coronavirus pandemic after failing to bridge major differences over how best to share the debt burden.

During six hours of talks by video conference, the leaders also called on the EU’s powerful executive arm, the European Commission, to draw up a strategy for resuscitating their choked economies once lockdowns and other health measures are lifted.

The talks came as the death toll in Europe from COVID-19 soared well beyond 13,000 people. Spain has just prolonged a state of emergency, while French President Emmanuel Macron launched “Operation Resilience,” a military-backed response to combat the illness.

“This crisis is exceptional and unique and requires a very strong answer,” EU Council President Charles Michel told reporters after the summit. Euro zone finance ministers will have to continue working and make proposals on tools “within two weeks,” he said.

In a joint statement, the leaders said those economic “proposals should take into account the unprecedented nature of the COVID-19 shock affecting all our countries.”

As the virus has taken hold, the Commission — the guardian of the EU’s rule book — has permitted unprecedented border and economic measures so that embattled member countries like Italy and Spain, but also many others, can save supply chains and businesses.

But while the leaders all acknowledge the extent of the crisis and the need to support Italy in particular, they are divided over whether to use every economic tool at their disposal now or keep something in reserve should a second wave of infections start.

Finance ministers from the 19 countries using the euro currency agreed in principle this week to letting partners in distress borrow up to 2% of their gross domestic product from the European Stability Mechanism, a bailout fund set up during the debt crisis a decade ago with lending assets of 410 billion euros ($444 billion).

A group of nine nations wants the immediate rollout of “coronabonds,” shared debt backed by all euro zone countries. This would let even those hardest-hit borrow at sustainably low interest rates as their spending balloons on hospitals and measures to stop businesses going bankrupt.

That idea is anathema, though, to countries like Germany and the Netherlands, which have long objected to common borrowing because of the risk it leaves them holding the check for the finances of shakier countries and reduces incentives for other countries to control their deficits.

Looking forward, the leaders demanded an action plan to help their economies recover once the crisis is over.

Europe must “start to prepare the measures necessary to get back to a normal functioning of our societies and economies and to sustainable growth,” the leaders’ joint statement said. It underlined that the plan must include “a coordinated exit strategy, a comprehensive recovery plan and unprecedented investment.”

The coronavirus crisis comes just nine months before the EU’s long-term budget expires. Talks on the next seven-year spending plan are in a deadlock, with a small group of countries, led by the Netherlands, refusing to contribute more money to fill a gap left by the departure of Britain.

European Commission President Ursula von der Leyen said her office and agencies stand ready to support the EU’s 27 member countries with every tool at her disposal.

“But we must be very clear, we are in the final year of a seven-year budget. This crisis shows how important, indeed crucial, it is to have a budget that can deal with complex crises such as this one,” she told reporters.

As governments wrestle over shared borrowing, the European Central Bank stepped up its efforts to bolster the economy. The central bank dropped a longstanding limit on its bond purchase stimulus of no more than a third of a country’s government bonds. That means its 750 billion-euro pandemic emergency purchase program announced last week can target its support toward hard-pressed countries such as Italy. 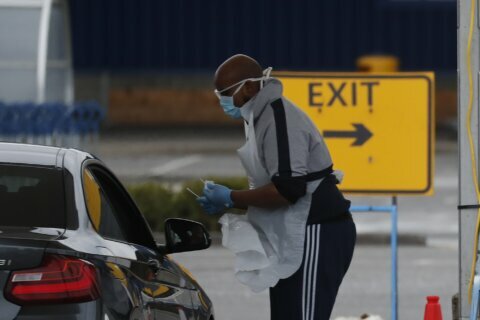 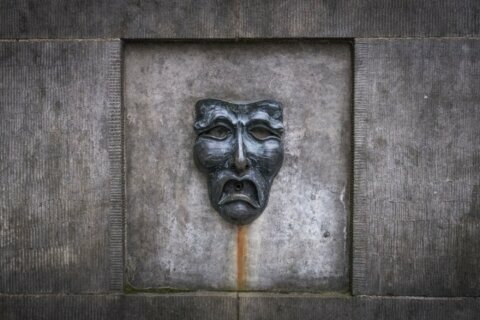 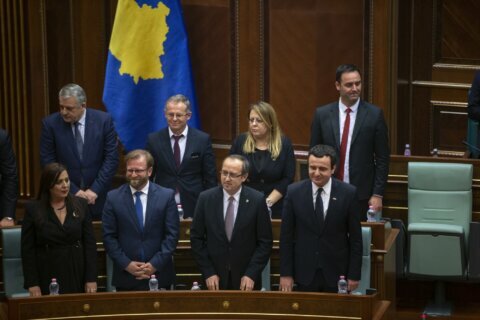