Iran: US killing of general was a miscalculation

MUNICH (AP) — The U.S. killing of a top Iranian general was a miscalculation that has had the effect of…

MUNICH (AP) — The U.S. killing of a top Iranian general was a miscalculation that has had the effect of bolstering support in Iraq for the removal of American troops, a longtime goal of Tehran, Iran’s foreign minister said Friday.

The U.S. killed Gen. Qassem Soleimani in a Jan. 3 drone strike as the commander of Iran’s expeditionary Quds Force was leaving Baghdad’s airport, saying he was planning attacks on Americans.

Speaking to a group of reporters on the sidelines of the Munich Security Conference, Iranian Foreign Minister Javad Zarif said “the U.S. miscalculated,” noting that since the killing, thousands of Iraqis have taken to the streets to protest against the presence of foreign troops in the country.

In the immediate aftermath of the attack, in which Iraqi militia commander Abu Mahdi al-Muhandis was also killed, a group of Iraqi lawmakers also passed a non-binding resolution to oust U.S. troops and since then, the issue of American troops has monopolized Iraqi politics.

“The martyr Soleimani is much more effective than Gen. Soleimani,” Zarif said. “We are seeing that in terms of demonstrations that are taking place in Iraq against the U.S. presence.”

Zarif is expected to meet on the sidelines of the conference with German Foreign Minister Heiko Maas to talk about ongoing European efforts to preserve the nuclear deal with Iran.

The deal provides Iran economic incentives in exchange for curbs on its nuclear program in an effort to prevent it from obtaining a nuclear bomb — something Iran insists it is not planning. Since U.S. President Donald Trump pulled Washington unilaterally out of the deal in 2018 and re-imposed sanctions, Iran’s economy has been struggling.

In an effort to pressure the other signatories to the deal — Germany, France, Britain, Russia and China — to provide economic incentives to offset the American sanctions, Iran has slowly been violating the deal’s restrictions on its nuclear program.

The U.S. has been pressuring other members of the deal to pull out as well, but Maas told the forum that Germany rejected the U.S. tactic of “maximum pressure” on Iran.

“We are sticking firmly to our course in the Middle East, and that is de-escalation instead of maximum pressure,” he said.

Zarif reiterated Iran’s stance that all of its moves to ramp-up its nuclear program in the past few months are reversible, “providing that Europe takes steps that are meaningful.” 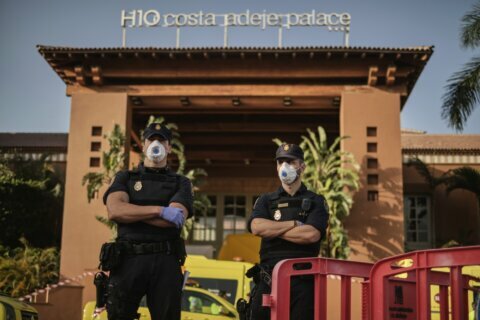 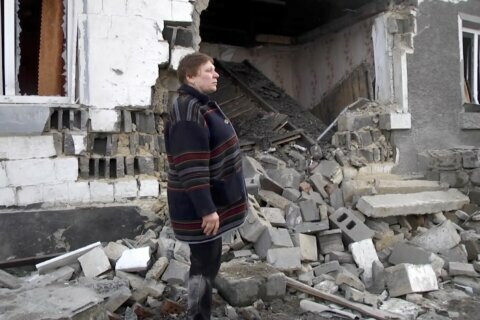