BRUSSELS (AP) — European Union health ministers agreed Thursday to boost preparations and organize a coordinated response to prevent the virus that emerged in China from further spreading across Europe.

At an emergency meeting in Brussels, officials from the bloc’s 27 nations said they need to plan more to avoid any possible shortages of medicine or protective equipment during the outbreak, which the World Health Organization has called a threat to global health.

The outbreak has infected over 60,000 people worldwide and killed over 1,360, with 99% of the cases in China. Experts believe the true scope of the outbreak could be higher.

More people have now died from the new coronavirus than during the 2002-2003 SARS outbreak, but no deaths have been reported in Europe so far and the continent has only 46 confirmed virus cases.

“We will remain vigilant and if the situation changes we will step up our work,” said European health commissioner Stella Kyriakides.

Ministers said early detection and uniform prevention measures — notably at entry points like airports — were key. Agnes Buzyn, the French minister for health, said the EU should also remain vigilant in case the outbreak hurts the production of pharmaceuticals in China, therefore leading to possible medical shortages. She urged the EU to start up a joint procurement plan for purchasing medical equipment.

“Fragmentation of effort will make us all collectively more vulnerable. Unity on our part would also support China’s efforts to contain the virus, and mitigate any further transmission within and into the EU,” Kyriakides said.

“If that means the closing of borders, we shall discuss it,” he said.

Kyriakides, however, said the current outbreak does not call for such drastic measures.

The EU has so far repatriated around 500 of its citizens who were in China due to the virus.

Dr. Mike Ryan, the executive director of WHO’s emergencies program, joined the debate via video link and insisted on the importance of supporting third countries with less robust health systems to stop the virus.

Read all the AP stories about the coronavirus outbreak that emerged from China at https://apnews.com/VirusOutbreak 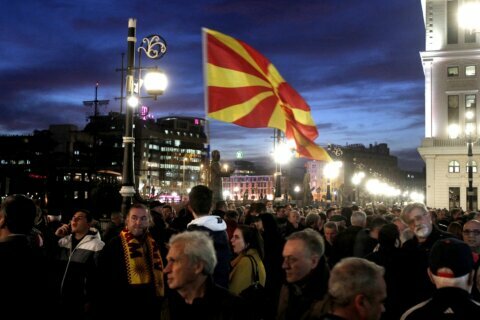