Serbian church protests ‘suffering’ of Serbs in the Balkans

BELGRADE, Serbia (AP) — Thousands of people protested in Serbia’s capital Wednesday against the alleged suppression of religious and other…

BELGRADE, Serbia (AP) — Thousands of people protested in Serbia’s capital Wednesday against the alleged suppression of religious and other rights of Serb minorities in neighboring countries, answering a call to action by the Serbian Orthodox Church.

Orthodox priests led a procession through downtown Belgrade to the landmark St. Sava Temple, one of the world’s largest Orthodox churches, to pray about the “suffering” of Serbs living in Montenegro, Kosovo, Bosnia, Croatia and elsewhere in the Balkans.

The focus of the protest was a religion rights law adopted last month by the Parliament of Montenegro. Serbian nationalists claim the law, which took effect Wednesday, will lead to the impounding of Serbian church property in Montenegro. Montenegrin officials have repeatedly denied the claim.

Serbian nationalists used similar allegations of minority Serbs being mistreated in neighboring countries to fuel a bloody breakup of the former Yugoslavia during a civil war in the 1990’s.

Montenegro’s national security council said Wednesday that the country “remains secure despite the subversive activities from within and from the immediate neighborhood,” apparently referring to Serbia.

The Montenegrin law says all religious communities need to produce evidence of ownership of their churches from before 1918, when Montenegro joined a Serb-led Balkan kingdom and lost its independence and when Montenegro’s Orthodox Church was abolished.

Montenegro split again from Serbia in 2006 but nearly 30% of its 620,000 citizens declare themselves to be Serbs and want closer ties with Belgrade. Montenegro defied another historic Slavic and Orthodox Christian ally, Russia, when it joined NATO in 2017.

Led by Orthodox priests and fueled by Serbia’s state propaganda, thousands of Serbs in Montenegro have been staging daily protests in the small Balkan state, demanding that the law be annulled.

Some 800 known public figures from the region, including writers, law experts, actors, opposition politicians and historians, have signed a petition against Serbian meddling in Montenegro’s internal affairs.

The petition states that Belgrade and the Serbian Orthodox Church have been working to “forcefully destabilize” Montenegro’s pro-Western government and jeopardize its independence.

“With the political, church and media campaign of disinformation from Belgrade … peace has been seriously threatened not only in Montenegro, but throughout the region,” the document reads.

Montenegro has accused Russia and a group of Serb nationalists of being behind a 2016 coup attempt that was aimed at preventing the nation’s pending NATO membership. Moscow has denied involvement. 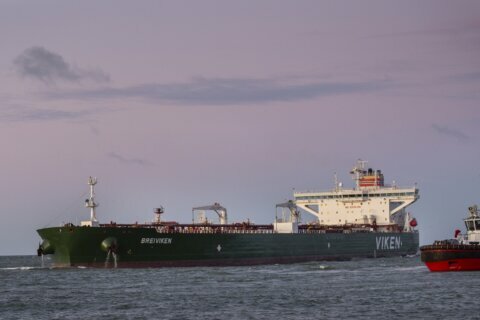