MILAN (AP) — The growing influence of Generation Z was clear on the second day of Milan Fashion Week: Emporio…

The younger generation is increasingly driving trends and the growth of menswear sales, according to Italian National Fashion Chamber President Carlo Capasa.

Fall/Winter 2020/21 is shaping up to be ‘’the year of the new tailoring,” Capasa said, with clear streetwear influences in more formal dressing. Cuts are looser and patterns are a bit bolder. Also on runways: chunky knitwear and cross-body purses are new menswear protagonists.

Emporio Armani unveiled a capsule collection of 18 upcycled garments, which designer Giorgio Armani said was only ‘’the start of the discussion.’’

Milan fashion houses are making more public their efforts to create sustainable collections, especially as consumers indicate that environmental consciousness as a key purchasing criterion. It is fitting that Armani launched the initiative with his Emporio Armani line for youthful dressers.

All of the garments – puffer coats, cargo pants, jumpsuits, ribbed cardigans, among them – were in black and white, easy to mix and match. Many carried bold writing – ‘’I Am Saying Yes to Recycling’’ – and a new R-EA logo.

Armani said his aim was not to promote his name, but ‘’the Earth.”

‘’Also in the main collection, I think we should make more recyclable fabrics. This is the beginning of the discussion,’’ Armani pledged.

Giorgio Armani took traditional menswear textiles — Prince of Wales plaid, chevrons and checks– and glammed them up for to suit the younger Emporio Armani man.

That included enlarging the patterns, as if through a magnifying glass, ‘’to create something new,’’ the designer said, or adding a smattering of crystal studs and beads to traditionally cut suits.

‘’This is the dilemma, to use this medium, that we make available especially for young people, in a way that it does not become either grotesque or too feminine,’’ Armani said. ‘’But at a certain point, I say, we need some courage, to get beyond tradition a little bit.’’

Armani dubbed the looks “Classic Pro,” pro for progressive. Key accessories included cross-body purses and puffy shoulder cozies than can prove functional on top of an over-coat or under a jacket. The color palette was mostly neutrals with streak of black and red combos — two colors that Armani said hold their own together.

Designers Domenico Dolce and Stefano Gabbana put their fashion house’s artisans on full display during the Dolce&Gabbana runway show for Fall/Winter 2020/21. Knitwear specialists sat in the showroom foyer, knitting together four strands of yarn, to create the sort of chunky sweaters with Lurex detailing that would later fill the runway. A watchmaker tinkered with dials nearby, and a goldsmith assembled jewelry.

The artisans’ presence highlighted the brand’s DNA, but also the shared heritage that has made Italy the largest producer of luxury goods in the world.

The Dolce&Gabbana collection was softer than usual, with models enveloped in generous knitwear, from big-stitch sweaters, to jumpsuits or long-johns, to full-on cable-knit double-breasted suits.

A model wearing a Jon Snow-style woolly black coat carried an actual living lamb down the runway, as the designers sought link the finished product with its source.

There were a few sartorial notes, like a double-breasted suit worn with a small cross-body bag cinched with a watch chain. But the mood was more cozy than business or evening sleek, featuring rich velvet and corduroy, knitwear knapsacks, distressed work boots and earthy tones.

The designers invited top U.S., British and Italian influencers from the video platform TikTok to the front row. Seventeen-year-old Loren Gray was in from Los Angeles, wearing a gold puffer jacket and virtually accompanied by her 37.2 million TikTok followers.

FORMAL DRESSING AT NO. 21

At No. 21, Alessandro Dell’Acqua has been wrestling with how to create formal attire for a younger generation, bent on comfort and having come of age in a street wear-era.

‘’Young people want to have something formal, but they don’t want it to be too classic,’’ Dell’Acqua said backstage before the show. ‘’We need to give them something with a more interesting attitude.’’

DJ-turned-designer Marcelo Burlon tapped his clubbing background for a menswear collection that aims to distort.

The looks are utilitarian, from puffer coats, to bombers to shorts and easy-fitting trousers, but imprinted with a psychedelic version of classic houndstooth that morphs later into a colorful amoeba pattern. For a night at the clubs, Burlon encrusted jackets with bedazzling Swarovski crystals.

‘’Elegance for me in a man could be the attitude more than the clothes,’’ he said before the show. ‘’You can wear really bad combinations, but you have such an amazing attitude that the clothes are not that important.’’

Young British designers have set up camp within the confines of Milan Fashion Week as part of a new collaboration with the British Fashion Council meant to strengthen bonds of solidarity.

‘’This shines a spotlight on how important our European partners are to the British fashion industry,’’ she said. Many of the young designers present source their textiles in Italy, for example, which produces 41% of the global luxury goods. And the exposure during Milan Fashion Week gives them fresh commercial possibilities.

The president of the Italian National Fashion Chamber Carlo Capasa said the collaboration aims to send also the political world a message that the fashion world is for inclusivity, and against divisions. He noted that Italian exports to Japan rose by 14% last year, following a free trade agreement between the two countries.

‘’That means everything works better in the world when we don’t put walls, much less borders, when we allow people and merchandise to circulate,’’ he said. 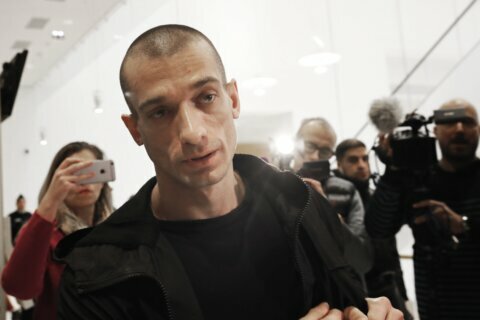 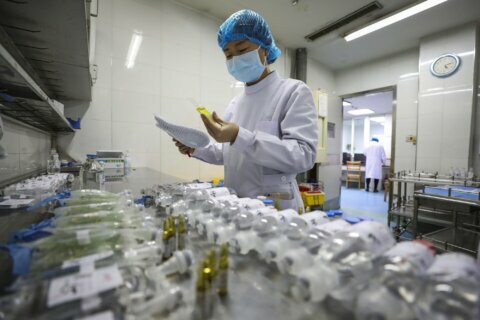