BUDAPEST, Hungary (AP) — Restrictions imposed by Hungary on the financing of non-governmental organizations from abroad are incompatible with European…

BUDAPEST, Hungary (AP) — Restrictions imposed by Hungary on the financing of non-governmental organizations from abroad are incompatible with European Union law, according to an opinion issued Tuesday by the bloc’s highest court.

In 2017, Hungary adopted legislation forcing NGOs receiving foreign funding of more than 7.2 million forints ($24,000) a year to register the fact with the courts and identify themselves as foreign-funded in their online and printed publications. NGOs also have to list foreign sponsors giving them more than 500,000 forints ($1,670) annually.

The law is nominally meant to increase transparency among civic groups and boost efforts against money laundering and the financing of terrorism, but the nonbinding opinion issued by Advocate General Manuel Campos Sánchez-Bordona found that the rules are disproportionate and unjustified.

He said they unduly restrict the free movement of capital, one of the bedrocks of the EU, and interfere with a number fundamental rights, including the right to freedom of association and the protection of private life and personal data.

The Advocate General also said foreign donors may be dissuaded from making donations because of the possible stigmatizing effect of the publication of the details of those transactions, and that EU rules on the fight against money laundering and against terrorist financing “are sufficient for the purposes of guaranteeing adequate protection.”

The opinion found the threshold of 500,000 forints as “excessively low given the gravity of the resulting interference” and that there is no differentiation between donations coming from other EU countries and those from outside the EU.

The European Court of Justice, based in Luxembourg, is beginning its deliberations over the case. While it is not forced to follow the opinion of the Advocate General, the court’s rulings are often similar to the opinions.

Three Hungarian NGOs said they were confident that, in light of the Advocate General’s opinion, the EU court would bring a ruling which would allow the Hungarian legislation to be repealed.

“The fact that the Advocate General has also found the law to be illicit has reinforced our confidence that the anti-civil law, tailored against organizations which dare to criticize the government, will fall at the EU’s Luxembourg court,” Amnesty International Hungary, the Hungarian Helsinki Committee and the Hungarian Civil Liberties Union said in a joint statement.

The Hungarian legislation, approved in June 2017, was described at the time by Amnesty International as a “vicious and calculated assault on civil society” meant to silence critical voices in Hungary.

The Hungarian government said the rules would serve to vet the “Soros network” — NGOs which get at least some of their funding from the Open Society Foundations set up by Hungarian-American billionaire George Soros, whom Prime Minister Viktor Orban has repeatedly said seeks to influence Hungarian policies and the country’s elections.

Orban’s party Fidesz, which governs in a coalition with the much smaller Christian Democrats, said after the release of the opinion that the law was still needed “because the Soros network moves billions in the interest of implementing the Soros plan in all of Europe and also turn Hungary into an immigrant country.”

In July 2017, the EU Commission launched an infringement procedure against Hungary. The case reached the Court of Justice in early 2018. 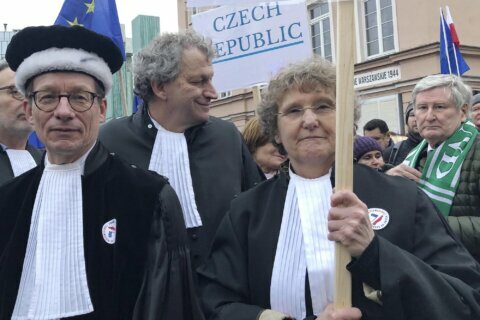 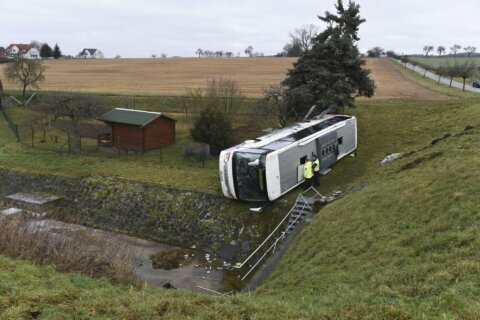 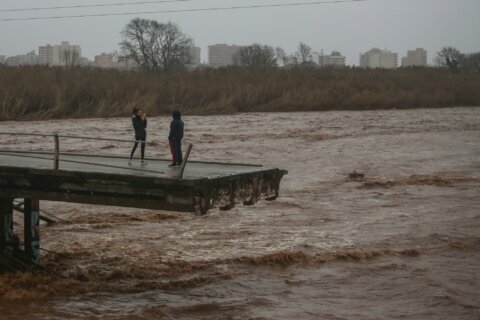