PARIS (AP) — Lola Salines happily accepted the last-minute concert ticket from a friend the night of Nov. 13, 2015. At 28, the Parisian had already created her own brand at a prestigious French publishing house, frequently took her lunch break to swim laps at the local pool with her father and was dating the coach of her amateur roller derby team. Her father wistfully described it as “a time of excitement and happiness.”

She and Samy Amimour were the same age, born in the same city. And after he and two other Islamic State gunmen stormed the Bataclan concert hall that night, opening fire on a crowd of music lovers and killing 90, it became terribly clear how little he and Lola had in common. Both died that night, Lola of gunshot wounds and Samy and the two other extremists in a hail of bullets and explosions after police stormed the building.

As Georges Salines and Azdyne Amimour see it, they both grieve for children lost that night. The book they wrote together, “Il nous reste les mots” (“We Still Have Words”), was released this month in French. A series of conversations between the men, initiated by Amimour in February 2017, was transformed into a 207-page dialogue about fatherhood, faith and community.

“I wanted to talk with him about what happened, then to try and explain and to understand, to see how he views things,” Amimour told The Associated Press, seated alongside Salines at the same publishing house where Lola once worked as an editor.

“Azdyne Amimour’s son was one of the terrorists who took part in the assault on the Bataclan, who was possibly my daughter’s murderer. It didn’t have the same emotional impact, but I was nonetheless prepared for the meeting because I had already met the mothers of jihadis. And I realized that they were also experiencing a terrible suffering, comparable to mine,” Salines said. “I was curious to hear him because I wanted to, needed to understand what could lead a young Frenchman, Muslim or not, to go down this path to radicalization, to jihad and finally to terrorism, something that is very difficult to understand. And yet, it seems essential to understand it in order to act.”

It took 18 hours for Georges Salines to learn his daughter’s fate after the Nov. 13, 2015, attacks that left 130 people dead. He identified her remains in the same morgue that held Samy’s body.

It took four days for police to arrive at the Amimour home in suburban Drancy. Samy had left to join the Islamic State group in 2013 and had practically cut off contact with his parents. Amimour had all but given up hope of seeing his son again. He had barely recognized Samy when he made the dangerous — and failed — trip to Syria to talk sense into him. But he didn’t think of Samy in the chaotic days after the Nov. 13 attacks. The young man was flagged as a dangerous extremist and, in theory at least, authorities had his information on file should he try to return to France.

While the Salines family was surrounded by Lola’s friends, the Amimours were largely alone in their grief.

Soon after the police left, there was a knock on their door. “It was a young man from the neighborhood, who came to tell me my son was a martyr and a hero,” Amimour tells Salines. “In some way, he wanted to share our pain and our confusion, but he was completely wrong about my thinking.” Around the same time, Samy’s wife called from Syria to tell them about their newborn granddaughter.

It was the last they heard from her.

But he, like Salines, believes people like her should be allowed to return to France, especially the children. French public opinion is largely against repatriating Islamic State recruits, but the government has slowly been bringing some home to stand trial.

“They are innocent. They clearly need to be taken care of. Some have lived through extremely traumatic events, others have been indoctrinated, absolutely horrible things have been done to these children, including putting guns in their hands and having them fire on prisoners,” Salines said. “There is perhaps a risk, but the risk isn’t any worse if we bring them back to France and deal with them, than if we leave them in the Mideast and try not to look.”

The hope is that their book, subtitled “A lesson of tolerance and resilience,” can help turn the tide.

“It will raise questions, about individual responsibility, collective responsibility, who are our enemies and potential allies,” Salines added. “For me, that’s absolutely essential.” 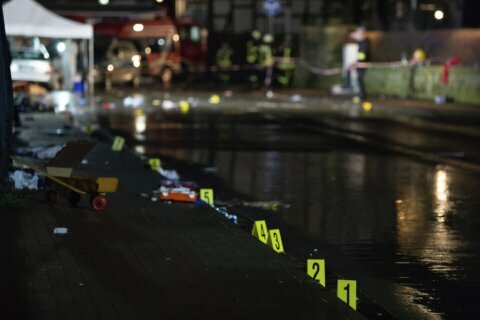 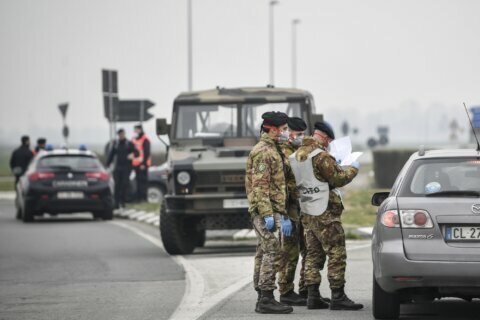