ALESSANDRIA, Italy (AP) — A heavily indebted man seeking to make a false insurance claim has confessed to setting off explosions at a farmhouse he owned that killed three firefighters, an Italian prosecutor said on Saturday.

Prosecutor Enrico Cieri said Giovanni Vincenti told investigators he meant to blow up his farmhouse in the northwestern region of Piedmont by setting off gas canisters, but he allegedly made a mistake with a timer connected to the canisters and triggered two explosions.

Firefighters went to the farmhouse after the initial explosion early Tuesday and were then struck by a second, stronger blast.

Vincenti was detained Friday night. At a news conference Saturday morning, Cieri said Vincenti told investigators he had no intention of killing the firefighters.

The prosecutor said Vincenti could have prevented the deaths by telling firefighters tackling the first fire that there were more gas canisters in the house. Cieri said investigators found a manual for the timer in Vincenti’s bedroom. Vincenti’s wife is also under investigation.

Sky TG24 reported that the farm building had been renovated and had been up for sale for two years.

Funerals were held for the firefighters Friday, attended by Italian Premier Giuseppe Conte and other dignitaries. Three other first responders were injured. One of the dead firefighters was buried under rubble, the body only recovered after hours of digging. 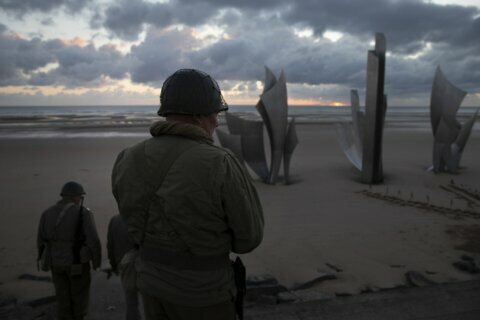