KYIV, Ukraine (AP) — Ukrainian President Volodymyr Zelenskiy accused his predecessor on Thursday of fomenting protests to derail a peace process for the country’s separatist-held east and said talks with Russia were the only way to end the five-year war there.

Zelenskiy told reporters that Petro Poroshenko, the incumbent leader he defeated in April, was “pushing” people to oppose the withdrawal of heavy weaponry in eastern Ukraine, where fighting against Russia-backed separatists has killed more than 13,000 people since 2014.

“He is against the pullback and he thinks that he can spearhead another Maidan,” Zelenskiy said, referring to the square in the capital of Kyiv that was the site of 2013-2014 protests that ousted a pro-Russian government and eventually propelled Poroshenko into power.

“We want to end this war. I don’t think the previous government had quite the same desire,” Zelenskiy said.

Zelenskiy said he hoped his country’s people would back his efforts to end the conflict with the separatists.

Yet the weaponry pullback failed in two locations in eastern Ukraine on Thursday, separatist officials said. In Kyiv, the military in charge of the operation in the east said one Ukrainian soldier died in shelling Thursday.

Ukraine, along with Russia and the separatists, signed an accord last week that calls for a local election and weapons withdrawal in the east, paving the way for a much-anticipated summit with Russia mediated by the leaders of Germany and France.

The political opposition and Poroshenko have called the steps too much of a concession to Moscow. Poroshenko lost his bid for re-election by a landslide to Zelenskiy, a comedian with no prior political experience.

The planned weaponry withdrawal by both government forces and the separatists was to begin Monday but was delayed because of shelling from both sides. Heavy shelling was reported in several locations along the front line late Wednesday.

Several dozen far-right Ukrainian activists and veterans also arrived in the area Wednesday, threatening to hamper the disengagement. Zelenskiy accused both the separatists and the veterans of trying to spoil peace efforts.

“As long as different people from both sides who don’t want the disengagement keeping coming there and do random shooting, there won’t be any pullback,” he said.

Russia has been propping up the rebels in Ukraine’s industrial heartland since 2014 with funds, weapons and sometimes troops that would cross over into Ukraine for crucial offensives against government forces. Russia vehemently denies, however, that it is party to the Ukrainian conflict, insisting that the separatists are acting independently.

After some parts of the withdrawal failed, Ukrainian officials said they would wait for the current cease-fire to last a week before attempting the heavy weapons withdrawal.

Russian Foreign Minister Sergey Lavrov, in comments carried by state-owned news agencies Thursday, said he regretted the withdrawal hasn’t happened and expressed suspicion that Ukraine might be looking to backtrack on the agreement.

Asked about the details of a political settlement as well as conditions for holding the local vote in the east, Zelenskiy said details including control over the Russian-Ukrainian border would be discussed at the four-way summit with Russia, France and Germany.

Zelenskiy said he was open to sitting down with Russian President Vladimir Putin for one-on-one talks, despite the overwhelming view in Ukraine that Russia’s shrewd leader would wrap the Ukrainian leader around his finger and get him to make unacceptable concessions. 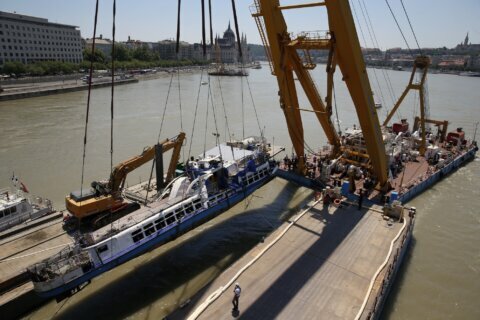 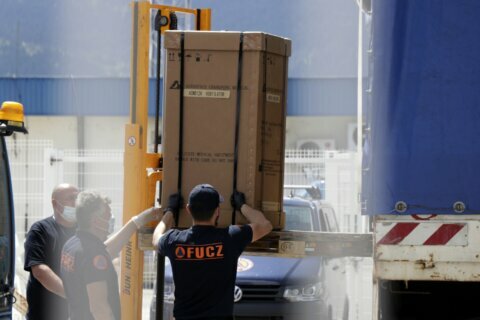 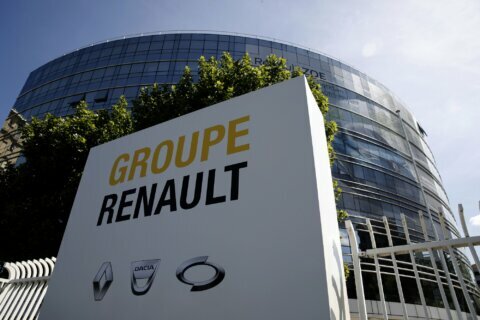