MADRID (AP) — The Latest on the situation in Catalonia (all times local):

Catalan separatists are clashing with police and burning trash bins in central Barcelona for a fourth consecutive night, angry at the long jail sentences given to several of the movement’s leaders.

The pattern of this week continued on Thursday, as a peaceful protest spiraled out of control when radical secession supporters set flame to hastily made barricades in a central promenade of the popular tourist destination.

Many Catalans were enraged by the Supreme Court verdict on Monday that found 12 separatists guilty of their role in a 2017 secession bid.

A few hundred supporters of Spanish unity were gathering Thursday in a northern neighborhood of the Catalan capital for the first time since separatists began protesting on Monday following lengthy prison sentences for nine of their pro-independence leaders.

With Spanish flags around their waists or over their shoulders, many protesters shouted, “Long life Spain! Long life Catalunya!” at pro-independence supporters on another side of a square.

Video footage showed how clashes began when a few of them, faces covered with clothes and motorbike helmets, started making the Nazi salute and pushing other protesters and police officers.

Separatist groups are holding a new round of protests across the wealthy region, including one attended by tens of thousands in central Barcelona.

The head of Catalonia’s government says the conviction of a dozen separatists for pushing ahead with a banned referendum in 2017 is a reason to hold a new vote on the region’s independence.

“We can’t remain in this cage that keeps adding bars,” Quim Torra told a special session at the regional parliament on Thursday.

He called the Supreme Court’s ruling earlier this week the “sentence of ignominy” and the biggest blow to democracy in four decades of democratic rule.

“If we have been condemned to 100 years in prison for putting out the ballot boxes, the response is clear: we’ll have to put them out again for self-determination.”

Torra, who has been under fire for being too reticent in condemning rioting seen over the past three days in the wealthy region, told lawmakers that violence didn’t represent the separatist movement.

Spanish authorities say that 80 people, including 46 police officers were injured overnight during the most violent of three nights of rioting over the imprisonment of Catalan separatist leaders.

A statement from the office of Spain’s caretaker prime minister says that 33 people have been arrested. Four protesters have been jailed so far on provisional public disorder charges.

The Spanish leader, Pedro Sánchez, is presiding over a meeting with experts from the interior and other ministries to analyze the security situation in the northeastern region.

Thursday began with new road blockades across the northeastern region, including a main highway leading to France.

Thousands of people have also been marching peacefully since Wednesday toward the regional capital, Barcelona, where students are striking and which trade unions are planning to join on Friday. 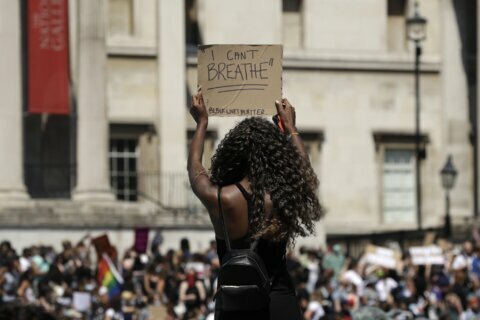 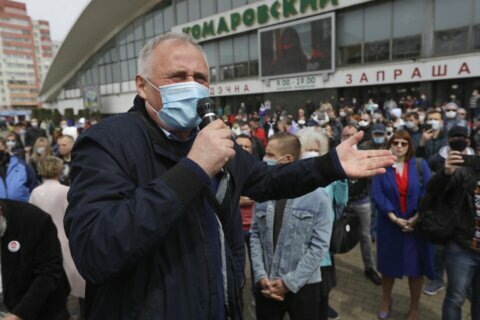 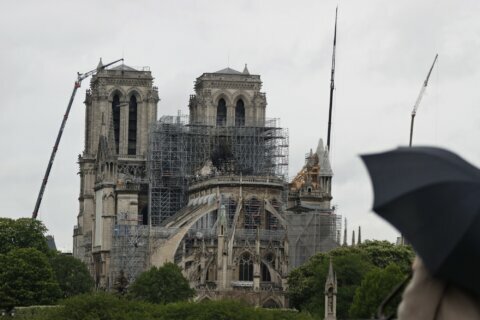