Tension over gay rights moves to fore in Polish election

WARSAW, Poland (AP) — Adam Juda had just left a bar in Warsaw late one night in August when he…

WARSAW, Poland (AP) — Adam Juda had just left a bar in Warsaw late one night in August when he started chatting with a group of strangers walking his way. The three men and a woman were friendly at first, but when they realized he was coming from a gay bar, the men set upon him, beating him unconscious and breaking his nose.

Activists say reports of that kind of attack are up in Poland, where months of anti-gay rhetoric by politicians and church leaders before Sunday’s parliamentary elections have created an atmosphere that’s increasingly hostile to the LGBT community, setting back years of slow progress in this conservative, Roman Catholic nation.

In an effort to capitalize on a wedge issue, the leader of the conservative ruling Law and Justice party, Jaroslaw Kaczynski, vowed to protect Poles from an “LGBT offensive” that he said seeks the “radical destruction of the moral and cultural order.” An archbishop called the LGBT community a “rainbow plague.” And far-right politician Janusz Korwin-Mikke said “one must slaughter” those who promote gay rights.

Juda says that kind of rhetoric has made life in Poland increasingly untenable — and he’s not alone. Many gay people are considering leaving, activists say.

“I am nearly 40 and was beaten for the first time in my life because I am gay. When they call us a plague or perverts or pedophiles, they are stigmatizing us,” said Juda, 39, who works for a PR agency. “It makes me sick and angry that gay people are forced to pay taxes that support the ruling party’s programs and the church when we are treated in such a dehumanizing way.”

While gays and lesbians have never had the right to marry or to form civil unions, as they can in much of Europe, gay rights activists until not long ago felt that society was becoming more open and that those rights would one day come.

But the election has brought simmering tensions to the fore in Poland, setting off a back-and-forth between an increasingly vocal and assured LGBT community and those who say they are defending traditional values.

In an effort to counter growing hostility, there was a mass “coming-out” this summer, in which thousands declared, “I am LGBT” on their social media profiles. One activist superimposed rainbow halos on a portrait of the Virgin Mary and baby Jesus, creating a much-reproduced image that some Catholics found offensive. This year, there has been a record number of more than 25 gay pride parades, even in small conservative towns. That compares to seven in 2017 and 15 in 2018.

In response, some people turned out with brooms and cleaning chemicals to “disinfect” the streets after parades. Towns have declared themselves “LGBT free.” About 200 people marched in Warsaw, the capital, on Saturday, holding rosaries and crucifixes and praying to apologize for the “desecration” they say pride parades represent.

Miroslawa Makuchowska from the Campaign Against Homophobia said there is no reliable data on how many people are attacked because they are gay each year in Poland, in part because police don’t such keep statistics. But she said based on reports to her organization and media accounts, there has been a “dramatic rise” in violence. She has also seen a sharp rise in reports of parents who kick out their gay children.

There have been several high-profile attacks in recent months. Bialystok, an eastern Polish city that is a skinhead stronghold, had its first LGBT march parade in July — and protesters threw glass bottles and firecrackers at participants and police.

Poland’s ruling officials have never called for violence, but they also haven’t seemed quick to condemn it.

On a campaign stop this week, Kaczynski, the head of the Law and Justice party, insisted that the Polish state is tolerant —noting that police provide protection for LGBT marches — but that it wouldn’t be bullied into surrendering its values.

“There is a thesis that is being often pounded into our heads: If you want to live like in (Western) Europe, then Poland must be like (Western) Europe: two fathers, two mothers, etc. No, ladies and gentlemen, it does not have to be that way,” Kaczynski said at another recent rally. “We are defending, and we will defend the traditional family.”

Mariusz Kurc, the editor of Replika, Poland’s only LGBT magazine, sees the growing assertion of rights by the gay community and even the backlash as part of a larger move forward. While the political leadership is hostile to gay rights, he says, society is still growing more accepting.

“It’s the emancipation of the LGBT community that has caused this backlash,” Kurc said. “We are victims less now. We became warriors this year.”

But in the meantime, many wonder if they can wait for change.

Jakub, a computer specialist in Rzeszow, came out 15 years ago — but has seen his mother’s views toward gays grow much more negative in recent months, under the influence of state propaganda. While they don’t support violence, he said his mother also has begun to believe anti-gay stereotypes. He is considering moving away from his conservative town to Warsaw, the more liberal capital city. If things get even worse, he says he would consider leaving Poland.

“It’s difficult for me to erase from my memory that my family, despite their love for me, stood on the side of those who wanted to kill me in Bialystok,” said Jakub, 38, who spoke on condition that his last name not be not used to protect his mother’s privacy.

Klaudia Madejska, a 44-year-old in a long-term relationship with another woman, already felt the mood growing hostile toward anyone who breaks the mold when Law and Justice took power in 2015, so she and her longtime partner moved to Denmark in March.

Madejska said the abuse hurled at participants at pride parades, not being allowed to marry and contending with a friend who advised her to find a man became too much.

By contrast, Madejska was able to marry her partner in Denmark this year, and her neighbors treat their union as a normal thing.

“In Poland, I feel like I am in the Middle Ages,” Madejska said. The move “was difficult at the beginning, but I only wish we had made the change four or five years ago.”

This story has been corrected to show that the Campaign Against Homophobia activist’s name is Miroslawa, not Miroslaw. 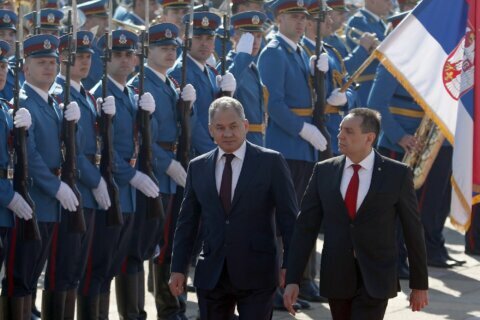 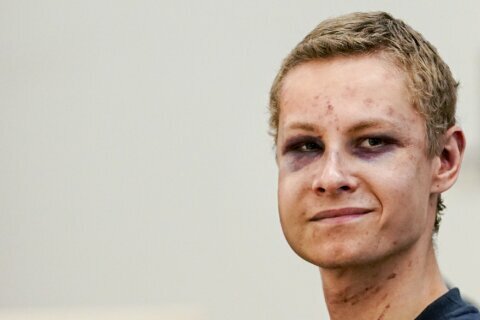