Spain gets last word on London sale of Botticelli painting

MILAN (AP) — A Botticelli portrait of a humanist poet that long hung in Madrid’s El Prado Museum is being offered this week for sale during London’s Frieze Masters art fair for $30 million. But a Spanish law on cultural treasures might create difficulties for a foreign buyer seeking to bring the treasure home.

The painting dating from 1500 is billed as the last by the Florentine Renaissance master Sandro Botticelli in private hands outside of Italy and on the international art market, generating excitement around the annual Frieze art fair, which opens Thursday.

The sale is being arranged by Trinity Art Gallery in London. Gallery owner and Italian art dealer Carlo Orsi said the painting’s strength is in its expression and the significance of the person it portrays: Michele Marrulo, a well-known Latin poet of the Medici court and adventurer of the Renaissance.

“Portraits mirror the human person, and Botticelli in this case represents this humanist poet and warrior with an incredible force of expression that is moving,” Orsi said.

Carl Brandon Strehlke, curator emeritus of the Philadelphia Museum of Art who compiled the catalog for the sale, said the subject’s pose is defiant, “bust-length with wild eyes, hair out of place. It seems as if he is about to say something or talk.”

Botticelli has “really been able to capture him as if he were living, even though the painting might be posthumous as it could very well be painted after Michele Marrulo’s death by drowning in 1500,” Strehlke said.

The painting is owned by the descendants of politician Francesc Cambo, who acquired it in 1929. The family has previously donated other works of art to Spanish museums but decided to sell this one.

The portrait was on loan for more than a decade from 2004 to Madrid’s El Prado Museum. Spain declared it “a work of cultural interest” in 1988, which means it cannot lose its link to Spain. Such works “can only cross our frontiers with official authorization and for a limited period of time established by the permit,” the culture ministry said.

The painting is currently in London on a permit. If it is sold, it must be returned to Spain by Oct. 25. The Spanish cultural ministry has the right of first refusal to match the price. If the ministry decides not to purchase it, a buyer residing outside Spain would have to ask for a permit of temporary exportation, which the ministry said “could be granted or not.”

Orsi said he’s not concerned about Spain’s right of refusal, which is a process similar to that for significant cultural works in his native Italy.

“We will see if the government wants to let it go or not,” Orsi said, adding that Spain had not expressed an interest in purchasing it during the painting’s years at the Prado.

Orsi said ideally the painting would be purchased by a museum, even though that limits the pool of buyers. But even if it lands in private hands, he said it was unlikely to be out of public view for long.

“It has traveled to shows in the past, and it has been requested for a show in Paris next year. It is so important, that even if it is bought by a private collector, it won’t disappear and not be seen any more,” Orsi said. 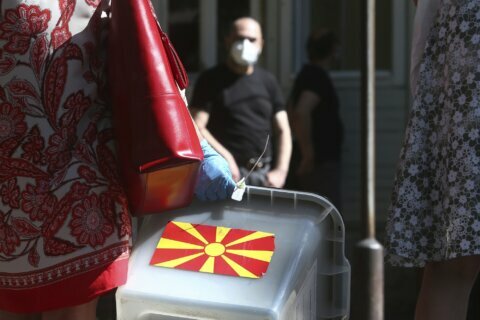 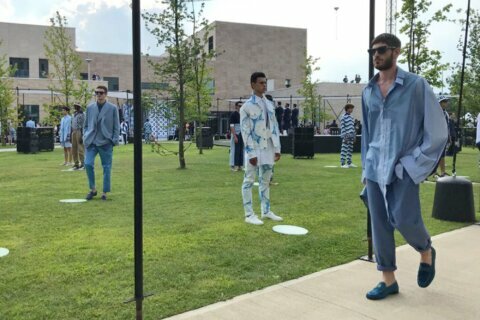