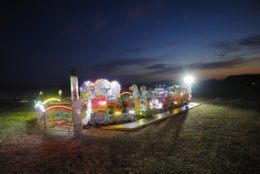 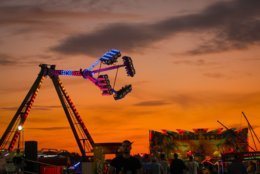 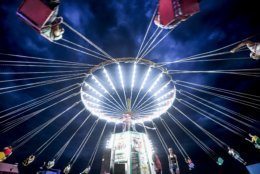 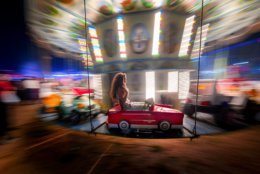 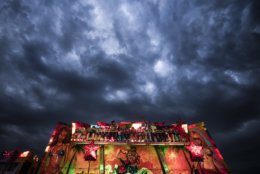 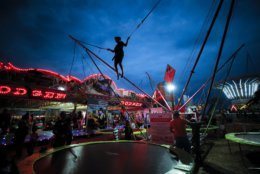 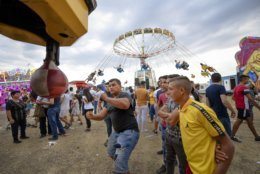 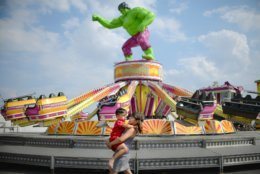 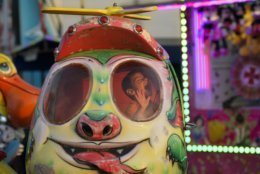 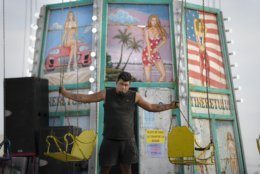 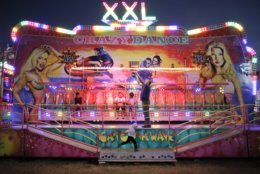 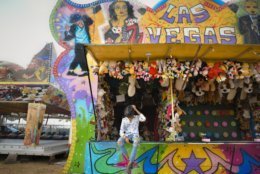 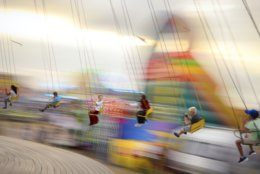 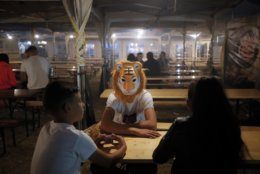 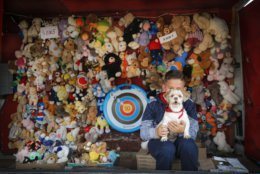 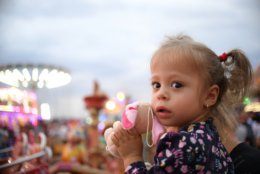 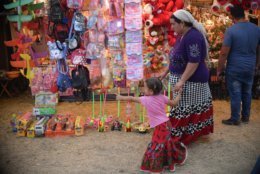 TITU, Romania (AP) — Romania’s autumn fairs are a loud, colorful reminder that summer has come to an end. And for many families in poorer areas of the country, they are one of the few affordable events of the year.

Fairs like the one in Titu, northwest of Bucharest, which is on its 187th edition, were the sole public entertainment in 19th-century rural Romania. It’s a bit more high-tech nowadays, but otherwise little has changed in two centuries.

Thousands flock to fields outside small cities, where entertainment areas are set up from mid-week until the weekend.

Music and flashing lights strike visitors on arrival at the fairground, which is constantly engulfed in smoke from the food grills and an endless mix of food flavors.

Entertainers scream at the top of their lungs to advertise the rides, painted in a kitsch style with images of famous action movie actors like Vin Diesel or performers like Michael Jackson.

While younger people focus on the fairground rides and games, the elderly take advantage of the markets, stocking up on winter supplies of fruits, vegetables and other household items available at lower prices than in Romania’s mainstream shops.

Romania, a nation of 19.4 million, is located on the Black Sea in southeastern Europe. It is one of the poorest members of the 28-nation European Union and has struggled to fight rampant corruption. 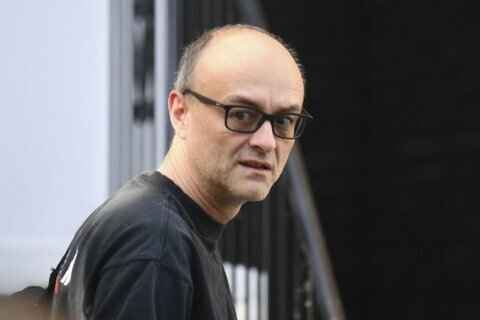 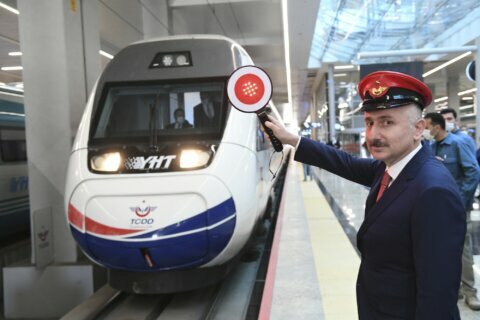