Pakistan: Risk of ‘accidental war’ with India over Kashmir

Pakistani Foreign Minister Shah Mahmood Qureshi accused India at a session of the U.N.-backed Human Rights Council of turning Kashmir “into the largest prison on this planet.” He alleged some Kashmiris were tortured and raped in the region claimed by both Pakistan and India.

“I shudder to mention the word ‘genocide’ here, but I must,” Qureshi said.

Tensions between Pakistan and its southeastern neighbor have been heightened since Aug. 5, when India’s government changed the status of Indian-administered Kashmir.

The Indian government imposed a security lockdown and communications blackout that has since been partially lifted in most of Jammu and Kashmir, which India’s Parliament voted last month to downgrade from a state into two federally administered territories.

“Once the curfew is lifted, the reality comes out, the world will wake up to the catastrophe that is underway right now,” Qureshi told reporters.

Pakistan also issued a statement on behalf of about 60 nations calling for respect of human rights, an end to the curfew and communications shutdown in Kashmir and “unhindered access” for international media and human rights groups in Kashmir.

India’s envoy, Foreign Affairs Vice Minister Vijay Thakur Singh, later lashed out against “one delegation” at the Human Rights Council for giving “a running commentary with offensive rhetoric, of false allegations and concocted charges against my country.”

She did not mention Pakistan by name.

“The world is aware that this fabricated narrative comes from the epicenter of global terrorism, where ringleaders are sheltered for years,” she said, alluding to Pakistan.

“This country conducts cross-border terrorism as a form of alternate diplomacy,” she added, without addressing Qureshi’s allegations specifically.

Kashmir is divided between India and Pakistan and both claim rights to all of it. The nuclear-armed rivals have fought two wars over the region’s control.

Pakistan alleges that India could attack the Pakistan-administered portion of Kashmir by stage-managing an attack in the India-controlled part to divert international attention from human rights violations.

“India is acting irresponsibly. They’re being belligerent,” Qureshi said. “And if there is a false-flag operation, which we fear, and they use it as a pretext and carry out some misadventure against Pakistan, we will respond.”

“We will respond with force,” he added. “And, you never know, we could be into an accidental war.”

He noted that U.S. President Trump had offered to mediate.

This article corrects a previous version that misidentified the gender of Ms. Vijay Thakur Singh. 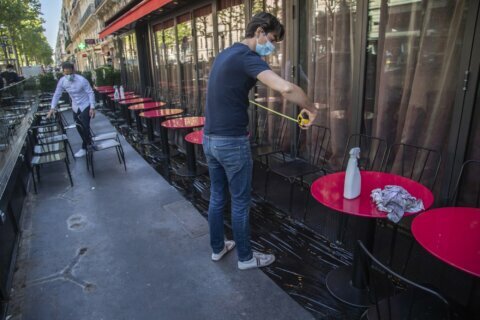 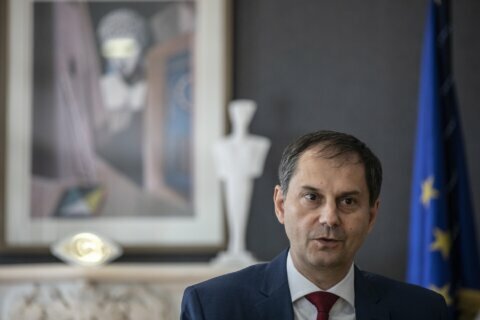 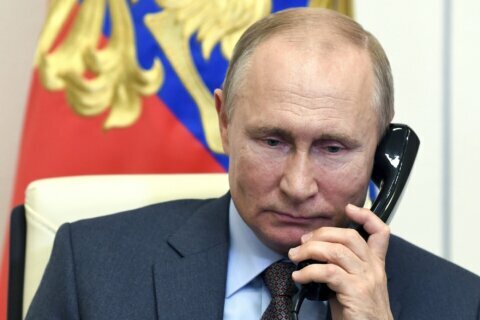