France’s Macron tries the common touch to win back support

BONNEUIL-SUR-MARNE, France (AP) — The warehouse that French President Emmanuel Macron visited was hundreds of miles and a world away…

BONNEUIL-SUR-MARNE, France (AP) — The warehouse that French President Emmanuel Macron visited was hundreds of miles and a world away from the prestige of the G-7 summit he hosted a few weeks earlier.

And the people Macron was trying to win over this time weren’t heads of state like President Donald Trump but financially struggling workers — perhaps a much tougher task for the French leader, who is often seen as haughty and out of touch.

But Macron was the picture of empathy this week at the warehouse south of Paris, even as the 41-year-old former investment banker stood in a tailored suit amid workers in orange safety jackets.

“Everyone has someone in the family who is ending up by the wayside,” Macron said.

After his popularity was badly damaged by France’s often-violent yellow vest demonstrations against economic inequality in the last year, Macron is trying to remake his image halfway through his presidency and win back the hearts of the French now that his Group of Seven hosting duties are behind him.

He is clawing his way back by events such as the warehouse visit, during which he spent four hours Tuesday listening to the concerns of blue-collar workers — many of them newly arrived migrants — whose job is to package shoes or recondition computer equipment.

“Society is unraveling. That’s more or less what we are experiencing now,” he said. “If we’re not able to fix the problem of great poverty, it will keep fraying.”

Macron 2.0 is coming across as more caring, patient and attentive. Gone is the blunt manner of a year ago, when he admonished retirees to “stop complaining” and told an unemployed man that finding work was as simple as crossing a street.

“I’m fully ready to take a little more time,” Macron told the workers at the warehouse get-together, broadcast live on French TV. He asked them to share their “difficulties, sticking points, concrete issues, how we could do even better.”

Beyond hoping to consolidate his slow but steady rebound in opinion polls, Macron needs public support for his unfinished program of reforms, which have already sparked more protests.

A public transport strike in Paris caused widespread disruption for millions of commuters on Friday, giving just a taste of the resistance that lies ahead over Macron’s plans to standardize France’s pension system. The moves could make some employees like transit workers work longer before retiring but keeps France’s legal retirement age at 62.

French pilots, nurses and lawyers plan to strike and protest Monday and yellow-vest protesters are calling for a “big mobilization” on Sept. 21.

A City Hall employee, Catherine Reine, said Friday that she “is hoping there will be more strikes.” She said she supports the strikers “because they are very afraid for their future, and I think it’s normal.”

Having rebranded France a “startup nation” when he took power in 2017, Macron now acknowledges that his pro-business policies also have a human cost, including making it more difficult for the unemployed to claim benefits.

Last week, Macron visited a call center for abused women, listening in as a distraught woman pleaded for help from police. The French government, meanwhile, has appealed for feedback on its plans to regulate farmers’ use of dangerous agricultural chemicals and has promised also to consult the public on pension changes.

Macron’s efforts are being rewarded by rising approval ratings somewhere between 34% and 43% after they sank to record lows in the 20s during the height of the yellow-vest crisis, which started in November last year with protests against a fuel tax but grew into grab bag of grievances against government policies and Macron himself.

At the same time, Macron is pursuing a busy international agenda. He is pushing for diplomatic solutions on Iran, having successfully managed at the G-7 summit in August to steer Trump toward the idea of meeting his Iranian counterpart.

He is also on the front line of European Union efforts to stay united in the face of the Brexit crisis and deal with the expected economic shocks expected if Britain leaves the 28-nation bloc on Oct. 31 without an agreement to keep trade flowing smoothly.

But listening attentively to the warehouse workers, Macron made it clear that he realizes change can hurt.

Reforms “have made some people more fragile,” he said. “That is the reality.” 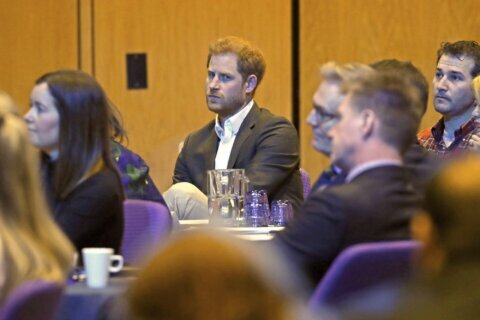 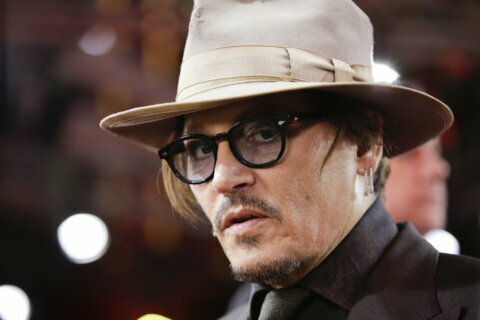