Dutch men who wanted Area 51 video get jail for trespass

A judge on Monday sentenced Govert Sweep, 21, and Ties Granzier, 20, to 10 days in county jail, but said they can be released in three days if they pay fines of $2,280 apiece.

The men also surrendered computer and camera equipment and an aerial drone that their attorneys, Adam Solinger and Michael Becker in Las Vegas, valued at about $10,000.

“This is all about deterrence because of ‘Storm Area 51,'” Solinger said Tuesday of the sentences.

His clients had planned to post video on the internet ahead of events this week stemming from an internet hoax inviting people to a remote once-secret U.S. Air Force test site more than 20 miles (32.2 kilometers) from where Sweep and Granzier were arrested.

An unknown number of people are expected at events now planned in the tiny Nevada desert towns of Rachel and Hiko, and the originator of the internet hoax plans to host an event in downtown Las Vegas.

Nye County prosecutor Chris Arabia said Sweep and Granzier could face a more serious conspiracy charge if they are found again at the Nevada National Security Site — a vast posted and patrolled area about 90 miles (145 kilometers) northwest of Las Vegas where the government conducted nuclear weapons tests from 1945 to 1992.

The two were arrested Sept. 10 in a car inside a site gate near Mercury.

The security site covers an area almost the size of the U.S. state of Rhode Island. It is separate but adjacent to the Nevada Test and Training Range, an area almost twice the size of Delaware where the Air Force conducts training in aerial combat and bombing and tests stealth aircraft. Access to Area 51 is prohibited.

In a Nye County sheriff’s office video news release , Sweep and Granzier say they’ll return to the Netherlands after their expected release Thursday.

“We didn’t want to cause any trouble,” Granzier said. “It has all gone a little out of hand.” 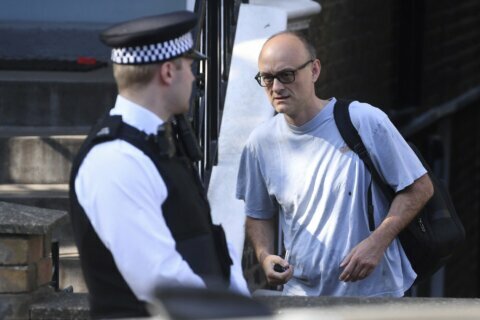 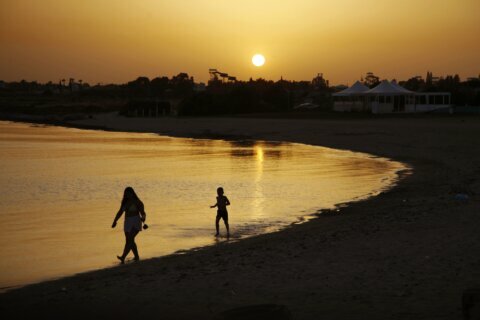