MADRID (AP) — The Latest on the plight of migrants arriving in Europe (all times local):

Greece says it is resuming deportations of migrants to Turkey in an effort to address an increase in arrivals over the summer months that have worsened overcrowding at camps on Greek islands.

Giorgos Koumoutsakos, a minister in charge of migration policy, said 15 asylum-seekers whose applications had been rejected were to be sent back to Turkey from a nearby Greek island Friday, but gave no further details.

He told private Skai television that 75,000 migrants in Greece were currently having their asylum applications reviewed, including 9,000 whose applications had been rejected but were appealing the decision. He said that camps on five eastern Greek islands, where movement is restricted, were up to three times overcapacity.

Spain is sending Morocco 32.4 million euros ($38 million) to help it guard its border and crack down on migrants heading across the sea to Europe.

The money is being granted under a police cooperation agreement between the two countries, aimed at supporting Rabat’s efforts to stop migrants entering Europe illegally by crossing the Mediterranean Sea to Spain.

The short but dangerous boat trip is less than nine miles (14 kilometers) from Morocco to Spain’s southern beach town of Tarifa.

The Spanish government announced the financial contribution after a weekly Cabinet meeting Friday.

The European Union and Spain have been increasing aid and cooperation with Moroccan authorities to stem the migrant flow, and it appears to be working.

Spain’s Interior Ministry says that by mid-August this year the number of migrants arriving by sea was down 42.5% compared to the same period last year — just under 14,600 compared with more than 25,300 in 2018. The number of boats making the crossing fell from 1,054 to 542 over the same period.

The European Union is welcoming Malta’s decision to allow a boatload of people rescued from the Mediterranean Sea to disembark on its shores and is urging the six countries that offered to take the migrants to quickly live up to their pledges.

The Ocean Viking rescue ship has spent around two weeks at sea with 356 migrants aboard. Malta had previously rejected its requests to dock, while Italy ignored its appeals. The vessel, with a stated passenger capacity of around 200, picked up the people in four rescue efforts off Libya from Aug. 9-12.

France, Germany, Portugal, Romania, Luxembourg and Ireland have offered to take the migrants.

EU Migration Commissioner Dmitris Avramopoulos said in a statement Friday that “these commitments must now be honored and materialized swiftly.”

The EU’s border and asylum agencies will help screen people before they are relocated.

The humanitarian organization Doctors Without Borders is welcoming Malta’s decision to take ashore migrants rescued by its Ocean Viking boat. But the group is also questioning why it took so long and calling for permanent European solutions.

Jay Berger, operations manager for Doctors Without Borders on board the Ocean Viking, said: “We are relieved that the long ordeal for the 356 people on board with us if finally over but was it necessary to keep them waiting for two weeks of torment?”

In a statement, he added: “This is about people who have fled desperate conditions in their homelands and have survived the horrific violence in Libya.”

He said once the rescued migrants have left the ship, the Ocean Viking will continue with its mission after restocking supplies and refueling.

France says it will take 150 of the 356 migrants disembarking from a humanitarian ship in the Mediterranean Sea after six European countries agreed to accept all of them.

French Interior Minister Christophe Castaner tweeted that the 150 will be welcomed in France “in the coming days.”

He added: “Together, we managed to build a European solution.”

The migrants are being disembarked in Malta from the Norwegian-flagged rescue ship Ocean Viking and distributed to France, Germany, Ireland, Luxembourg, Portugal and Romania.

Requests for a safe port were previously denied by Malta and ignored by Italy, according to Doctors Without Borders and SOS Mediterranee, the two charities running the ship.

Aid organizations operating the Ocean Viking rescue ship are calling on Europe to devise standard solutions to taking in migrants saved in the Mediterranean.

Max Avis, search and rescue manager for SOS Mediterranee, which co-operates the Ocean Viking along with Doctors without Borders, says the current ad hoc approach to taking in migrants was adding to their suffering.

Avis spoke to reporters in Berlin via satellite link from Marseille. He made his comments just before Malta announced it would disembark 356 migrants rescued by the Ocean Viking ashore after six countries agreed to take them.

Avis also said the delay in taking in the rescued migrants has prevented the Ocean Viking from potentially rescuing others, which has added to tensions aboard the ship.

Malta says it will disembark 356 migrants aboard a humanitarian ship in the central Mediterranean Sea after six European countries agreed to accept all of them.

In a series of tweets Friday, Maltese Prime Minister Joseph Muscat said the migrants will be transferred from the Ocean Viking to vessels of the country’s armed forces before taking them on shore.

The Norwegian-flagged rescue ship has been sailing between the island of Linosa and Malta. It was stayed out of sight of land, fearing that could agitate the traumatized passengers.

Requests for a safe port were previously denied by Malta and ignored by Italy, according to Doctors Without Borders and SOS Mediterranee, the two charities running the ship.

The 356 will be distributed to France, Germany, Ireland, Luxembourg, Portugal and Romania. 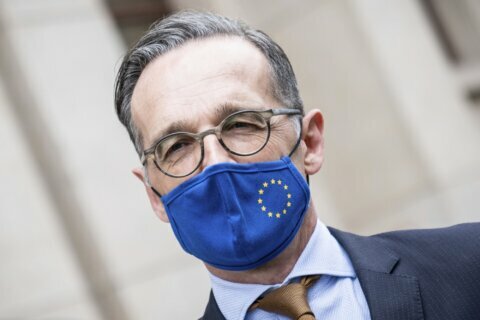 German minister on relations with US: ‘It’s complicated’ 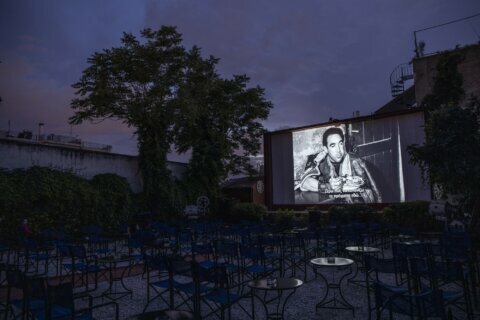 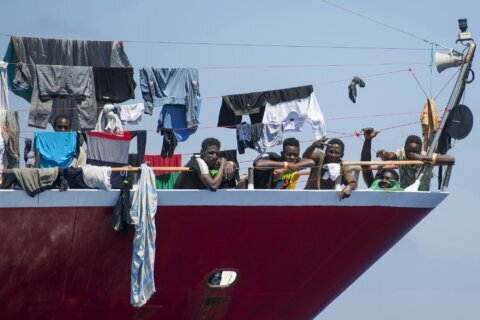