SKOPJE, North Macedonia (AP) — Police in North Macedonia say they have arrested a German national wanted by Interpol for allegedly procuring 700 kilograms of cocaine from an unnamed South American country and organizing its shipment to Hamburg, Germany.

Police announced Saturday they arrested a German national, identified only by his initials as R.V.L, 55, who had been hiding for several months in a house located in the ski resort of Popova Sapka, about 60 kilometers (37miles) west of the capital Skopje.

A joint police team from North Macedonia and Germany raided the house on Wednesday and seized five cell phones, money, a laptop and a German passport and Polish driving license.

The German national has been put in custody and is expected to be handed to German authorities after the extradition procedure is completed. 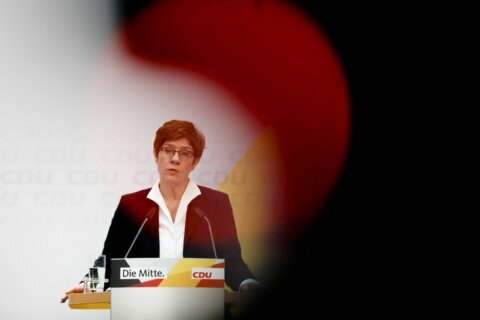