Best G-7 can do for global economy: just don’t make it worse

BIARRITZ, France (AP) — The global economy craves a double shot of confidence right now but the best that leaders…

BIARRITZ, France (AP) — The global economy craves a double shot of confidence right now but the best that leaders of the Group of Seven can offer is a less intoxicating cocktail: not making things worse.

Sharp differences over U.S. President Donald Trump’s trade conflict with China and threats to escalate trade tensions with Europe, along with Britain’s impending departure from the European Union on terms yet to be decided, are making it unlikely the leaders of seven rich democracies can come up with a unified road map on how to help global growth.

What the global economy doesn’t need: an outcome like last year’s summit in Canada. Leaders wrestled over a final joint statement, only to have Trump repudiate his signature shortly after leaving the summit and tweet criticism of the host, Canadian Prime Minister Justin Trudeau.

This year’s host, French Prime Minister Emmanuel Macron, has indicated he will avoid that possibility by simply not having a statement. Instead, Macron may issue his own careful summary of what was discussed.

Even if the leaders, who discussed the economy Sunday morning, issue a final statement, it’s unlikely to contain a solution to what’s deterring investment and dampening business confidence. During Sunday’s meeting on the economy, Trump and the others basically stated their contrasting positions on trade. EU officials pointed out the impact of trade tensions on the global economy and their support for dealing with China within multilateral institutions while Trump restated his U.S. vs. China approach.

In some ways the global economy is doing fairly well at the moment, with unemployment low in major economies. Yet world trade and industrial investment and production have slowed sharply — and those are the forces that could carry forward the decade-long economic expansion since the Great Recession.

By imposing tariffs, or import taxes, on Chinese goods, and by threatening to impose new ones on European autos and even French wine, Trump has sown uncertainty among businesses about their supply chains — the paths that raw materials, parts and goods take as they move through the globalized economy. Markets have become volatile, dropping sharply last week after the U.S. and China exchanged more tariffs.

Holger Schmieding, chief economist at Berenberg Bank in London, says that while the direct damage from the tariffs is so far limited, the lack of clarity over terms of trade is corroding confidence.

“Entrepreneurs and firms only invest when they feel confident about the outlook,” he said. “The pervasive uncertainty about the future of global trade and the resulting need to restructure cross-border supply chains weighs heavily on industrial sentiment and investment.”

Business, he noted, is driven by “animal spirits” – a term coined by 20th-century British economist John Maynard Keynes to describe the optimism needed to take risks and invest.

Trump’s unpredictable America-first economic nationalism is upending decades of rules-based economic cooperation rooted in global institutions like the World Trade Organization and the Group of Seven itself.

Space for action is increasingly limited, and not just by Trump’s disruption.

The U.S. Federal Reserve has little room to lower interest rates, and the European Central Bank’s even less, with its key benchmarks at or below zero. They could resume stimulus programs that include buying bonds to lower borrowing rates. But borrowing rates are already extremely low.

Many governments still have debt hangovers from the global financial crisis, leaving less room for spending to stimulate investment and consumption. Germany has been running a surplus and has balked at taking on new debt to spend on things that could raise growth, such as roads and bridges and high-speed internet coverage for the whole country.

China’s growth has slowed from its previous red-hot pace, which often happens when an emerging economy starts to catch up with the rest of the world. Aging populations in many developed economies will strain tax revenues and lower consumption.

Rock-bottom borrowing costs have led to calls for governments to borrow and spend more to take up where central banks have run short of ammunition. But so far, large spending initiatives are absent. Some $16 trillion in government bonds are showing negative yields, meaning investors are willing to pay for the privilege of lending to governments. High prices for bonds — which move opposite to yields — mean investors are more than willing to lend to governments at cheap rates.

“The tone of these messages from the G-7 will provide a signal about the prospects for upcoming negotiations,” said Schmieding. “It would count as a success if — against the odds — the G-7 leaders were to emphasize areas of cooperation instead of just setting out their differences individually. In the end, Trump’s tweets afterwards may move markets more than anything at the summit itself.” 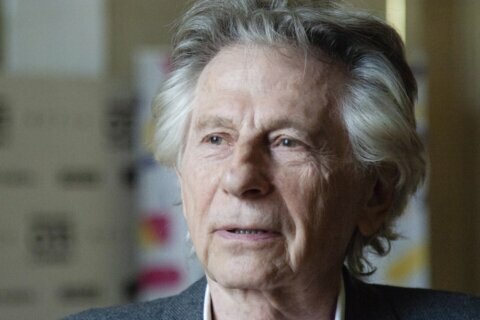 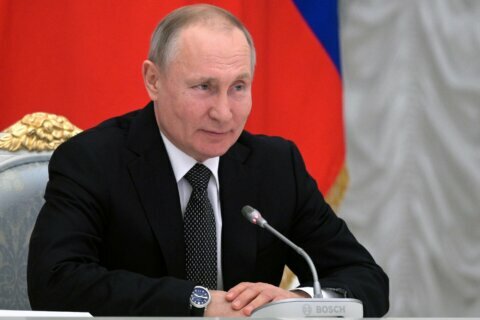 Putin rejected offer to use body doubles during Chechen war