PARIS (AP) — Seventy-five years ago, they helped free Europe from the Nazis. This weekend, U.S. veterans are back in Paris to celebrate, and commemorate.

Now in their 90s, these men aren’t afraid to cry about what they saw in World War II. And they want everyone to remember what happened back then, so that it doesn’t happen again.

“The veterans, all the veterans of World War II, I think we saved the world,” said Harold Angle, who came to France with the U.S. 28th Infantry Division in 1944, and recounted his experiences to The Associated Press in Paris. “To be under the domination of a dictatorship like the Hitler regime and some of the terrible, terrible things that they did.

“When you talk about taking little kids out on a firing range and shooting them for target practice….” Emotion choked his voice. “I can’t imagine anybody doing things like that. So I think we really did save the world. The guy had to be stopped.”

Now 96, he’s among Allied veterans, French resistance fighters and others taking part in ceremonies Saturday and Sunday marking the 75th anniversary of the military operation that liberated Paris from Nazi occupation.

Angle, from Chambersburg, Pennsylvania, landed in Normandy in 1944 and moved into eastern France, where his division fought through a brutal winter. He saved a piece of a bullet that hit his helmet, and keeps it with a wartime photo of himself and a letter he wrote home to his mother, describing his scrape with death.

Steve Melnikoff, 99, of Cockeysville, Maryland, came ashore on Omaha Beach on D-Day, June 6, 1944 with the 29th Infantry Division. It was one of the most pivotal days in the war — but to him, just one of many life-and-death experiences infantrymen faced on the front lines of history’s deadliest conflict.

“What we went through, to do what we did, people don’t realize,” he said. He still has pictures in his head of a fellow soldier falling beside him, and another. Of the muddy holes he called home. Of the German machine guns, each capable of firing thousands of rounds.

War, he says, is “nasty, smelly, terrible.” But he maintains, “it was important for someone to do this,” to stop Hitler from taking over more of the world.

Donald Cobb of Evansville, Indiana, took part in the invasions of Normandy and of southern France from aboard ship, operating high-frequency antennae to detect German submarines and helping load ammunition. He’s back in peaceful Paris this week with the Greatest Generations Foundation, which organizes trips for veterans. He sometimes feels “survivor guilt,” and has one fundamental message for younger generations: “Learn history, and don’t repeat mistakes.”

Harold Radish, now a 95-year-old retired teacher, arrived in France in 1944, fought his way to Germany — and then was captured. Hunger, lice and dysentery dominated life as a prisoner of war. His family in Brooklyn thought they’d never see him again.

As a Jew, he remembers a German guard accusing him, and Wall Street, of starting the war. He remains surprised and grateful to have made it out alive.

He came to Paris later, and reveled in Parisians’ appreciation.

“That’s what’s important about the liberation of Paris, it was a new thing, something good had changed, the world was gonna get a little better. … You came in to Paris, you were a hero. There were the mademoiselles all around.” He smiled. “You know, we, in the prison camp, talked about food constantly. As soon as we were liberated that day, the talk was all sex.”

Gregory Melikian, 95, now a hotel owner in Phoenix, was a high-speed radio operator working at Gen. Dwight D. Eisenhower’s headquarters in nearby Versailles when Paris fell.

“It was very important,” he said. “There was only one Paris.”

The fight for the French capital was faster and easier for the Allies than their longer-than-expected battle through Normandy and its gun-filled hedgerows. But it was still messy and deadly, with more than 1,400 Parisians and 3,200 German troops killed.

In May 1945, Melikian was in the Reims high school where the Germans surrendered. As the youngest radio operator available, Eisenhower wanted him to send out the encrypted news of the momentous occasion so that he could talk about it the rest of his life. 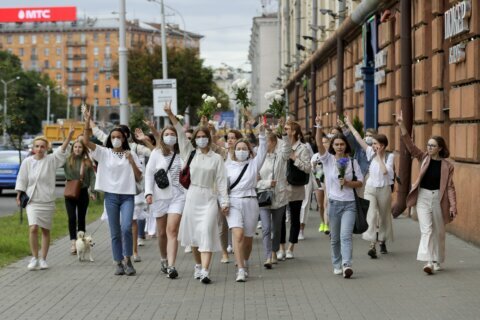 Thousands in Belarus form ‘lines of solidarity’ in protest 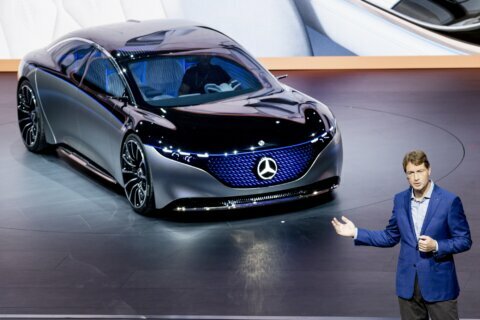 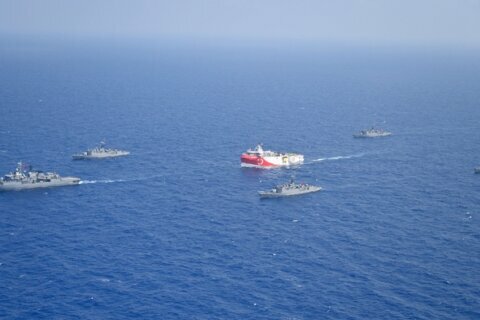