LANGEOOG, Germany (AP) — Hungry tourists stream into the glass-fronted balcony of Michael Recktenwald’s restaurant on the German island of Langeoog, with its splendid view of the North Sea and the blue skies above.

The 53-year-old has lived on Langeoog for most of his life, and his wife’s family has been there for generations, but Recktenwald fears their children may not be able to stay if the world keeps on warming.

Concerns about climate change have prompted mass protests across Europe for the past year. For the first time, the issue is expected to have a significant impact on this week’s elections for the European Parliament.

Recktenwald pointed to the damaged levees protecting the island, which is part of the Frisian Archipelago off the coasts of Germany, the Netherlands and Denmark. Islands like Langeoog are among the regions most vulnerable to the rising sea levels predicted to result from climate change.

“The sea level has already risen and storm surges are getting more violent,” he told The Associated Press. “The chain of dunes is being attacked more strongly, endangering our freshwater supply.”

A recent opinion poll in Germany showed that climate change has overtaken immigration as the issue voters in the EU’s most populous nation are most concerned about. Elsewhere across the EU, climate change also features prominently among the top issues — along with immigration and the economy — ahead of the European Parliament vote that began Thursday and runs through Sunday in all of the bloc’s 28 nations.

“In many countries, the climate issue has become increasingly one of the top issues that voters are concerned about when they talk about European issues,” said Derek Beach, a political scientist at the University of Aarhus, Denmark. “In Denmark, for example, this year it’s really almost the only issue that people are talking about in relation to the European Parliament election.”

Yet what remains an abstract threat to most Europeans has become very real to Recktenwald.

“We’re directly affected,” he said, walking past beachgoers enjoying the sun from behind the wicker windbreaks that are a signature of German coastal resorts.

Together with eight other families elsewhere in the world and a Scandinavian youth group, the Recktenwalds launched a legal action to force the European Union to set more ambitious targets for reducing greenhouse gas emissions. A court rejected their case on procedural grounds Wednesday, but the plaintiffs plan to appeal.

In the meantime, Recktenwald — who doesn’t belong to any political party — is hoping that European leaders listen to voters who want their governments and the EU to take decisive action against global warming.

Parties that have traditionally championed environmental causes, such as the Greens in Germany, are well-placed to benefit from the growing concern about climate change. The party clocked an unprecedented 19% support in Germany in a survey published last week, overtaking the center-left Social Democrats that are part of Chancellor Angela Merkel’s governing coalition.

“We are very optimistic that we will achieve the largest parliamentary group we have ever had in the European Parliament,” said Ska Keller, one of two leading candidates for the European Greens.

The Greens had 52 seats in the last EU legislature, making it fourth biggest political grouping, and are expected to gain more of the European Parliament’s 751 total seats.

Other parties, too, have been waking up to the issue of global warming.

Merkel’s center-right Union bloc has pledged to implement the 2015 Paris climate accord, which aims to keep average temperatures increases worldwide well below 2 degrees Celsius (3.6 Fahrenheit) by the end of the century compared to pre-industrial times. But the party, like many others, has hesitated when it comes to backing tough measures scientists say are necessary to drastically curb greenhouse gas emissions, such as adding a climate tax to fossil fuels.

In France, raising gas taxes sparked nationwide protests and created the yellow vest movement for economic justice, whose weekly protests since November, especially in Paris, have often turned violent. That has made other European governments leery of openly backing such a move. Some right-wing parties are attacking the science of global warming in an effort to win voters fearing the economic consequences of combating climate change.

Experts say the EU as a whole is possibly a better place for making decisions on climate change than its national governments.

“This is probably one of the easiest things for most voters to see something that only Europe can deal with,” said Beach.

Still, climate change may seem like a luxury issue for voters in struggling economies such as Italy, he said.

“When your 20-something kids are both unemployed, then you would definitely perhaps be a little bit more concerned about that kind of economic bread-and butter-issue,” Beach said.

Uwe Garrels, the mayor of Langeoog, is well aware of the tension between environmental protection and economic prosperity.

The island, a half hour’s ferry ride from the German mainland, was poor until tourism brought jobs. Now about 1,800 permanent residents and 2,400 seasonal workers look after more than 10,000 visitors during the summer months.

Despite a drought last year, locals are unwilling to give up their lush lawns for fear of spoiling the island’s idyllic image.

Garrels suggests that Langeoog, a 20-square kilometer (7.7-square mile) island in the heart of a World Heritage site with car-free streets and clean air, can at least help make visitors more environmentally aware.

“We can’t be viewed in isolation to the entire country or the whole EU,” he said. “You can’t create an oasis of sustainability on Langeoog if that’s not the case in the rest of the country.”

The climate message is already getting through to voters like Susanne Hasenpflug, who was on a day trip to Langeoog from the mainland, transporting her dogs on the front of her bicycle.

“It’s the main topic when you go out and see friends or go in the pub for a beer,” she said. “Even the younger people, they’re scared of what the future will bring.”

“If we do nothing,” he said, “then my children will probably experience not being able to live here anymore. That’s relatively certain.” 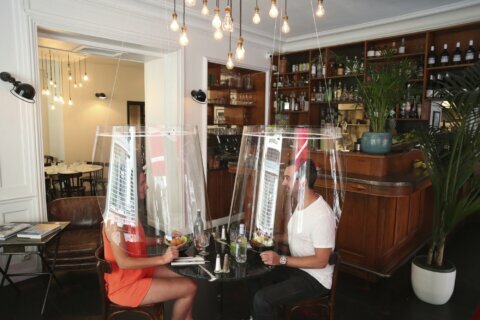 Patrons under plastic: Restaurants get creative in virus era 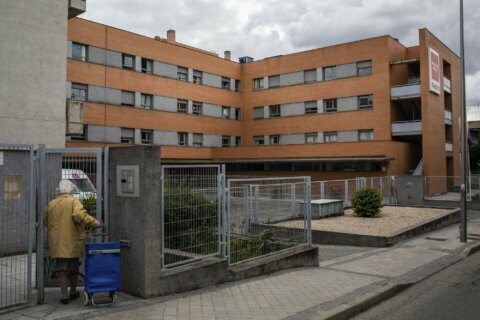 ‘Didn’t give a damn’: Inside a ravaged Spanish nursing home 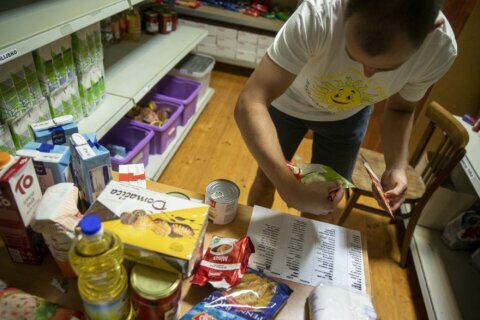