LONDON (AP) — The Northern Ireland Police Service said Tuesday they have arrested a woman under the Terrorism Act in connection with the slaying of journalist Lyra McKee.

The arrest of the 57-year-old under the Terrorism Act came as an Irish Republican Army splinter group admitted that one of its “volunteers” killed journalist McKee, who was shot dead while reporting on rioting in Londonderry.

In a statement issued Tuesday to the Irish News, the New IRA offered “full and sincere” apologies to McKee’s family and friends.

The group said the 29-year-old journalist was killed during Thursday night’s unrest “while standing beside enemy forces” — a reference to the police.

The IRA and most other militant groups have disarmed since Northern Ireland’s 1998 peace accord. The New IRA has been formed from splinter groups opposed to the peace process.

Authorities believe one person pulled the trigger during the chaotic rioting that began Thursday night but had organizational support.

The use of a firearm apparently aimed at police marks a dangerous escalation in sporadic violence that continues to plague Northern Ireland 21 years after the Good Friday peace agreement was signed. The New IRA group rejects the peace agreement.

The riot followed a pattern familiar to those who lived through the worst years of violence in Northern Ireland. Police arrived in the city’s Creggan neighborhood to search for weapons and dissidents. They were barraged with gasoline bombs and other flying objects before someone wearing a black mask appeared, fired some shots and fled.

No police were struck by the bullets, but McKee — who had been trying to film the riot on her phone — was hit. The journalist was rushed to a nearby hospital in a police car but died. 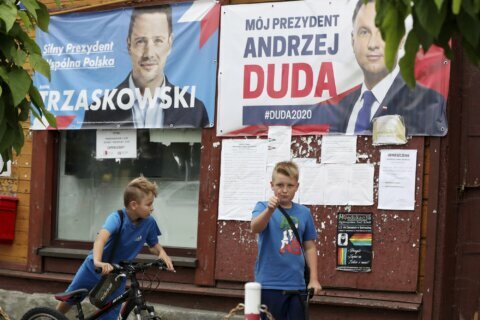 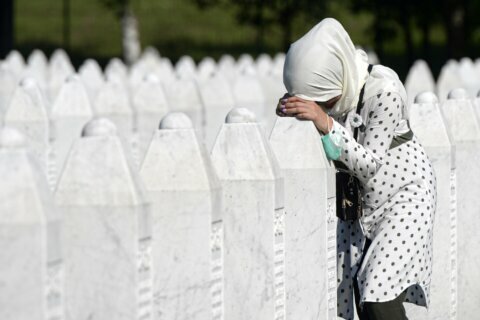 25 years since Srebrenica, some victims finally laid to rest