US puts end to dispute with EU over diplomatic protocol

BRUSSELS (AP) — The United States on Monday put an end to a dispute with the European Union over diplomatic protocol and lauded the 28-nation bloc as “one of America’s most valuable partners.”

U.S. Ambassador Gordon Sondland announced that “effective immediately” a recent diplomatic demotion of the EU ambassador in the largely ceremonial diplomatic Order of Precedence would be ended.

The perceived snub caused friction in early January and was seen as underscoring deteriorating trans-Atlantic relations.

EU Commission spokeswoman Maja Kocijancic said the bloc “was in touch with the U.S. administration to clarify this matter and we are therefore pleased that the United States took the decision to revert to the usual.”

Even if the diplomatic change had little direct impact on relations, it was seen as a harbinger of future relations in which the EU would sink ever lower in the esteem of U.S. President Donald Trump.

Sondland now said in a statement that “the European Union is a uniquely important organization, and one of America’s most valuable partners in ensuring global security and prosperity.”

“Europe’s security and success are inextricably linked to that of the United States, and this level of engagement and cooperation should be recognized appropriately in all settings,” he said.

Both sides, however, continue to disagree over issues, from the assessment of the nuclear threat of Iran to economic disagreements.

EU trade chief Cecilia Malmstrom is in Washington this week to meet her counterpart Robert Lighthizer in an attempt to stave off a trade war over car tariffs.

Trump says the U.S. is mulling tariffs on imported vehicles from Europe, suggesting a final decision will hinge on the two sides reaching a trade deal in the coming months.

Malmstrom has said “there is full support” from EU member states to hit back if Trump impose tariffs on cars and car parts. 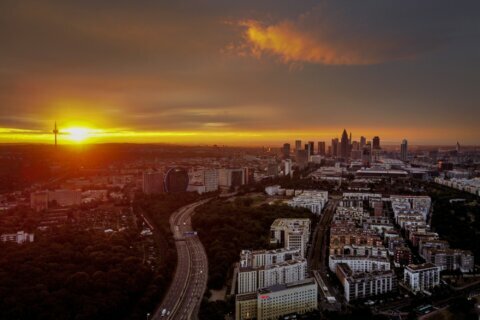